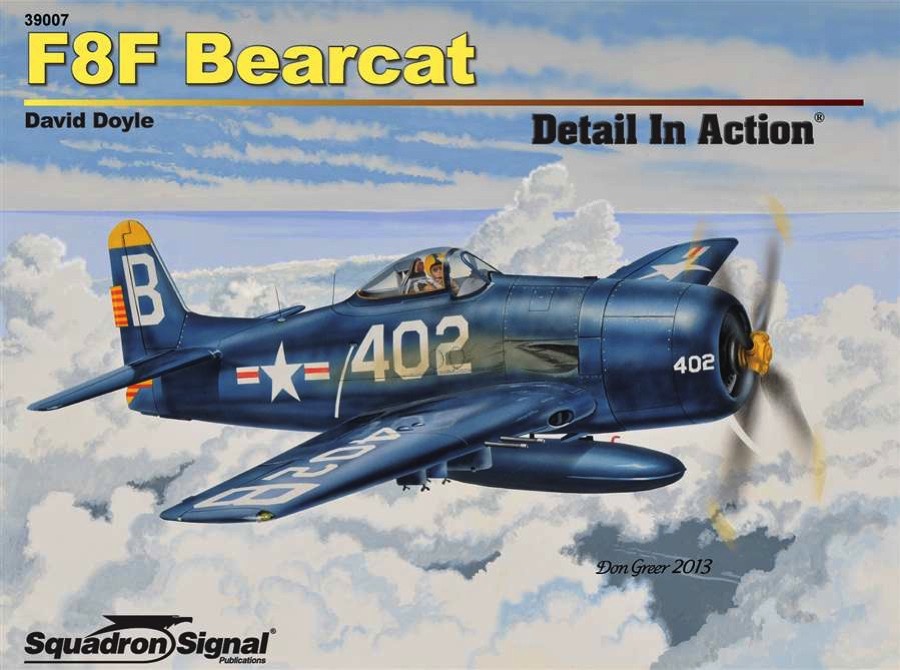 Manufacturer: Squadron Signal
Stock Number: SQU 39007
View all products of type "F8F Bearcat"
Doyle. The Grumman F8F Bearcat represents the pinnacle of US carrier-borne piston-engine fighter design. Marrying a compact, lightweight airframe with a powerful 18-cylinder Pratt & Whitney Double Wasp radial engine churning out more than 2,000 horsepower produced an aircraft intended to be an interceptor that could operate from the smallest escort carriers. While the Bearcat prototype first took to the air in August 1944, and the first squadron equipped with the new fighters was operational in May 1945, the war ended before the Bearcat actually saw combat in World War II. The type would ultimately see combat in the First Indochina War. Visually chronicles this diminutive fighter with ample images and captures the nuances of this famed warbird.