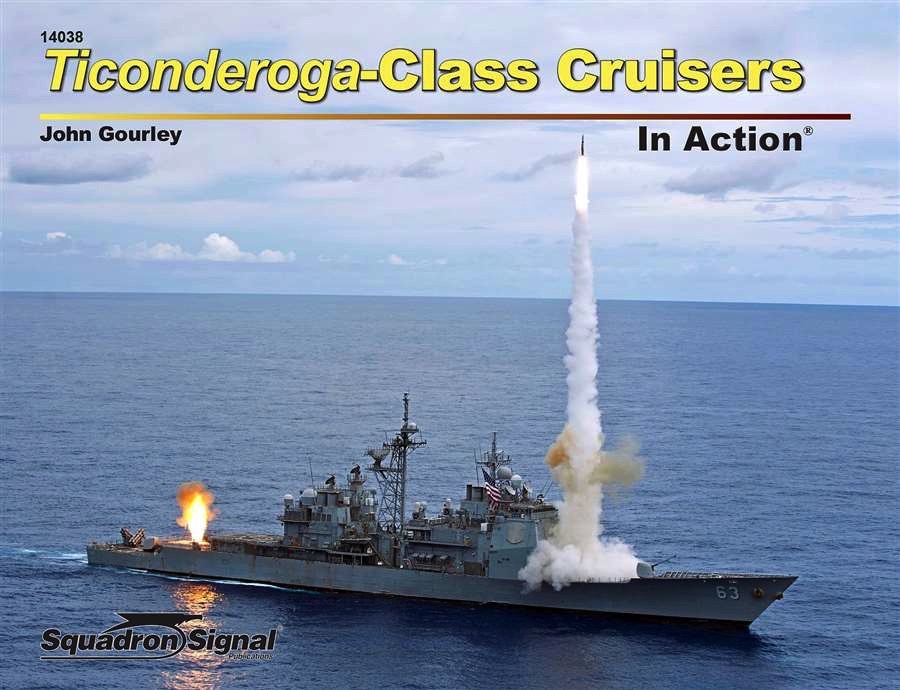 Manufacturer: Squadron Signal
Stock Number: SQU 14038
View all products of type "Ticonderoga Class"
John Gourley. Ticonderoga-Class Cruisers were originally conceived in the late 1970s as a new guided-missile destroyer ship class of nuclear-powered escorts. Instead, cost forced planners to build the new cruisers with modified destroyer hulls and gas-turbine propulsion. The end result was a longer, sleeker cruiser with a formidable variety of offensive and defensive weapons as well as cutting edge radars, sonars and a full electronic warfare suite. Ticonderoga-class vessels eventually totaled 27. They have shown the flag in ports all across the globe, maintained peace, and effectively performed their primary role to protect the aircraft carriers with anti-submarine and anti-air systems. Armed with Tomahawk cruise and Harpoon anti-ship missiles, ships of this class have destroyed targets on the seas, air, land and have even eliminated a damaged satellite flying 133 miles above the Pacific Ocean with a missile impact velocity was 22,000 mph. While the first five ships of the class have been decommissioned, 22 Ticonderoga-class ships navigate around the planet to protect America's interests, more than (200) photos and (2) line drawings, 80 pages.