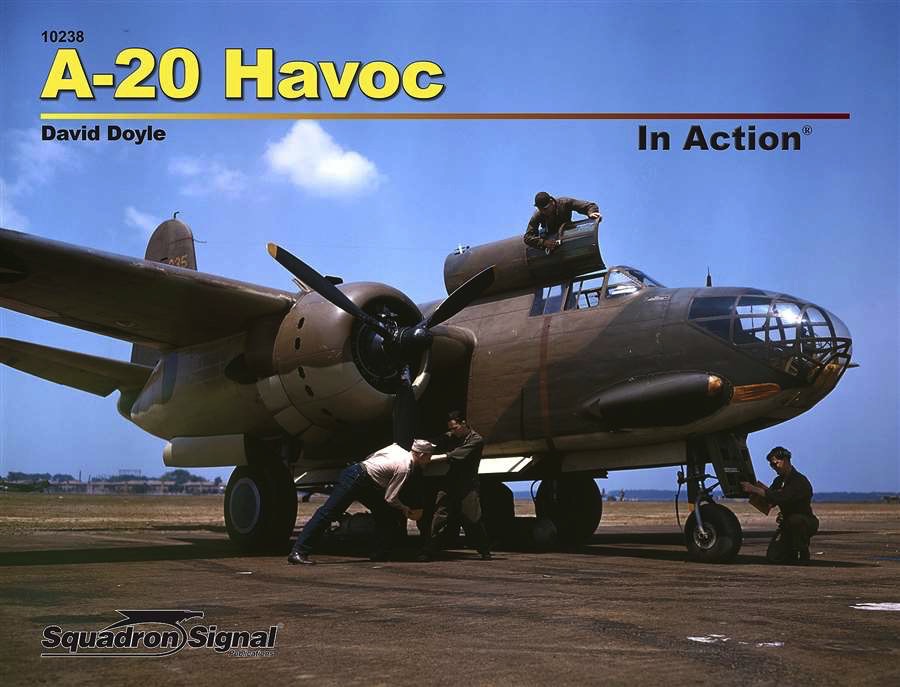 The Douglas A-20 Havoc was a light bomber, attack, and intruder aircraft of World War II. Used by the American Army Air Forces, nearly one-third of the aircraft served with the Soviet military, while many other A-20s fought with the RAF. Taking its first operational shape on the eve of the outbreak of the war in Europe, the 7B prototype actually crashed with a French observer aboard, kicking off a scandal in still-isolationist America where military aircraft were not to be exported. U.S. President Franklin Roosevelt pressed for a change in that restrictive rule and the French, impressed by the plane's rugged dependability and maneuverability, proceeded to place orders for 100 of the aircraft, albeit with modifications that resulted in the DB-7 version. Even before shipments began in November 1939, Paris had increased its order by another 170 aircraft. Many of those, however, found their way into the British RAF, which flew them under the nickname "Boston," after the fall of France in June 1940. The U.S. Army Air Corps issued its first contracts for the aircraft they called the A-20 and A-20A, in May 1939, these were only delivered during the months from late 1940 through much of 1941. A dozen A-20As had recently arrived in Pearl Harbor when the Japanese surprise attack destroyed two of them on the ground. Modifications of the design continued and it was after the U.S. entry into the war when the A-20C version, produced by Douglas and Boeing, first were accepted. Of the first 515 A-20Cs, 108 were retained by the U.S. Army Air Forces, while 407 were shipped off to the Soviet Union. Numerous versions of the aircraft followed. About half of the A-20G were sent to the Soviet Union, as were many of the A-20H. In fact the Soviet air forces had more A-20s than the USAAF. Illustrated with 192 vintage photographs and detailed line drawings. 80 pages.