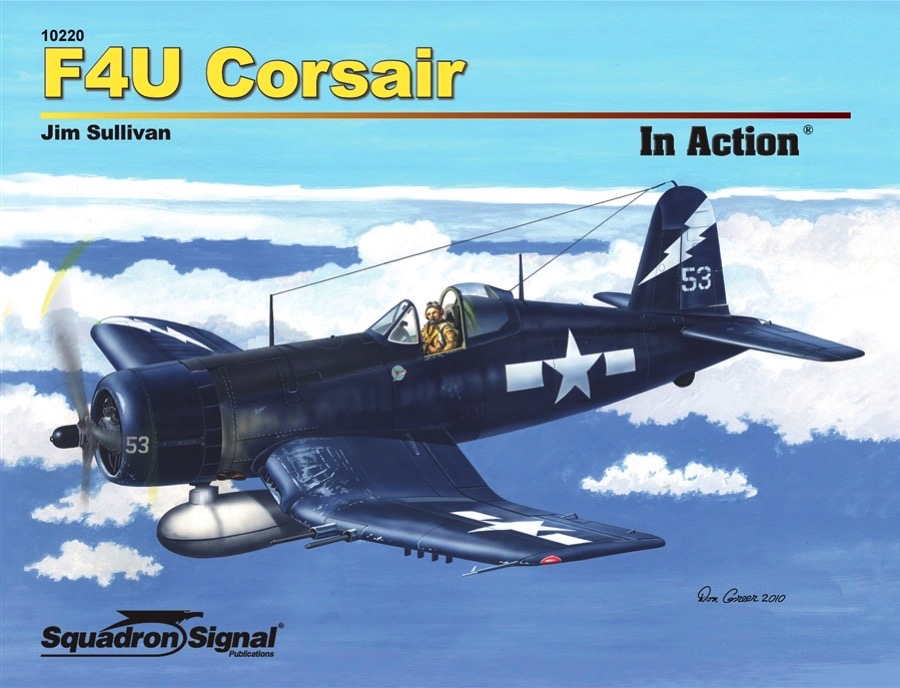 Updated and expanded with 53 exciting new photographs in 16 all new, additional pages. Bringing to mind the exploits of 'Pappy' Boyington and his 'Blacksheep Squadron' and Tommy Blackburn with the 'Jolly Rogers,' the Corsair is among the most formidable US fighters of World War II. The F4U maintained a kill ratio of 11:1 according to the United States Navy and went on to serve American forces in Korea, holding its own in the early years of the jet age. The Corsair was first conceived as a high-speed, high-altitude fighter for the Navy in 1938 when Chance Vought's design team drew up plans for a fighter with a 1,800 hp engine and a huge 13-foot propeller. The Corsair's famous inverted gull wing design was introduced to allow prop clearance. Handling problems delayed the aircraft's deployment aboard carriers, but Marine Corps pilots quickly took to the powerful, rugged fighter and VMF-124, the first Marine squadron to fly the Corsair in combat, also produced the first Corsair air ace, Kenneth A. Walsh, by the summer of 1943. A total of 12,571 Corsairs were built between 1940 and 1952, most of them by Vought, but hundreds by Goodyear and Brewster as those companies' assembly lines had to be pressed into service to meet soaring demand for the remarkable aircraft. This exhaustive volume surveys the history of the Corsair from its first prototype to the restored warbirds that have continued to delight air show audiences down to the present day. Illustrated with 229 photographs, plus color profiles and detailed line drawings; 80 pages.