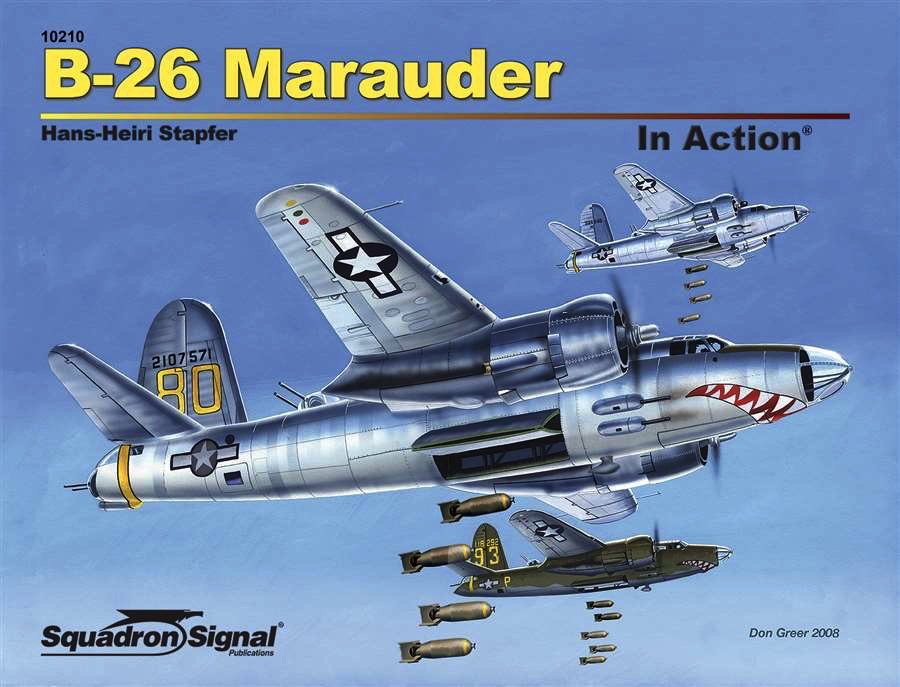 Manufacturer: Squadron Signal
Stock Number: SQU 10210
View all products of type "B-26 Marauder"
'Updated and packed with 20 new pages since Squadron's last edition of the B-26 In Action'! Probably no other aircraft type in the inventory of the United States Army Air Force (USAAF) can rival the reputation of the Martin B-26 Marauder. The B-26 nicknamed Flak Bait was the only American bomber to accomplish more than 200 missions during World War II. Over 60 percent of the Marauders that started bombing operations from English bases during the summer of 1943 were still operational a year later. A total of 129,943 Marauder sorties over Europe were recorded by the USAAF, this at the cost of 911 B-26s lost in combat. The Marauders belonging to the 9th and 12th Air Force dropped a total of 169,382 tons of bombs, mainly on tactical targets, such as bridges, enemy strong points, and marshalling yards, but also on V1 flying bomb sites in Northern France. Between November 1940 and March 1945, a total of 5,266 B-26s were built. Many senior pilots of the 22nd Bomb Group in Australia, the outfit that pioneered the Marauder recalled the B-26 as 'the best damn airplane the Air Force ever had'. And there is nothing more to add.