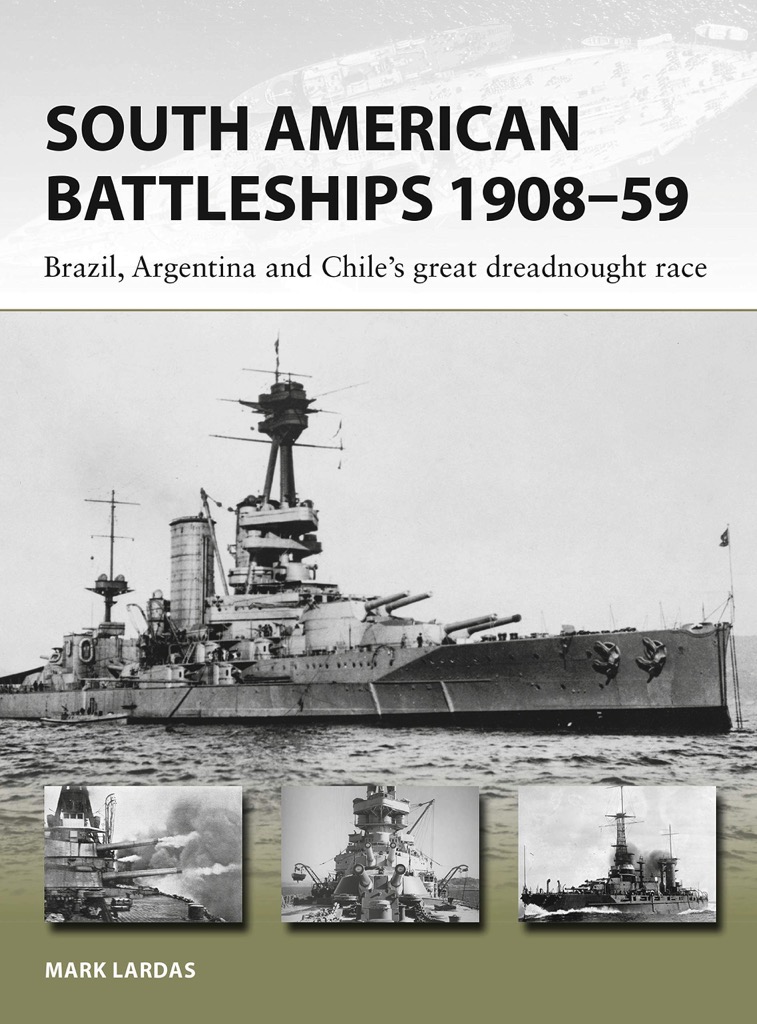 Manufacturer: Osprey Books
Stock Number: OSP NVG264
Scale: 1/64
View all products of type "Almirante Latorre Class"
View all products of type "Rivadavia Class"
In 1908 the most incredible naval arms race in history began. Flush with cash from rubber and coffee, Brazil decided to order three of the latest, greatest category of warship available - the dreadnought battleship. One Brazilian dreadnought by itself could defeat the combined gunnery of every other warship of all the other South American nations. Brazil's decision triggered its neighbour Argentina to order its own brace of dreadnoughts, which in turn forced Chile (which had fought boundary disputes with Argentina) to order some.

In the process, the South American dreadnought mania drove the three participants nearly into insolvency, led to the bankruptcy of a major shipyard, and triggered a chain of events which led Turkey to declare war on Great Britain. It also produced several groundbreaking dreadnought designs and one of the world's first aircraft carriers.