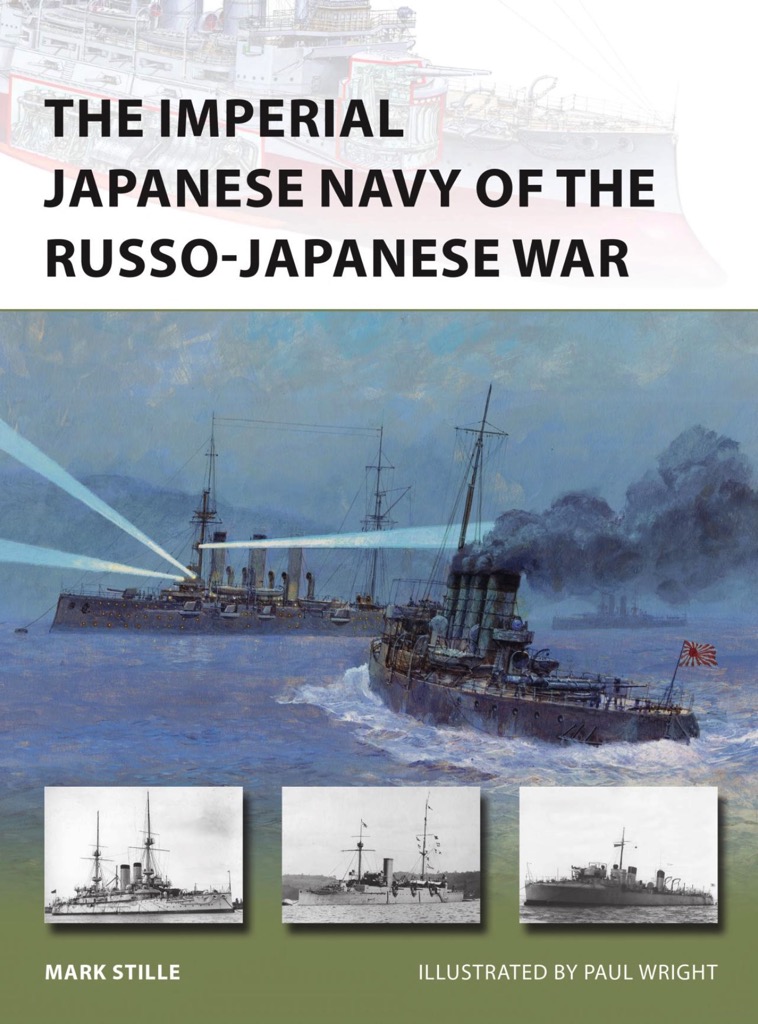 Manufacturer: Osprey Books
Stock Number: OSP NVG232
View all products of type "Naval Warfare"
ABOUT THIS PRODUCT
When the Imperial Japanese Navy destroyed Russia's battle fleet during the Russo-Japanese War, it marked the emergence of Japan as one of the world's major naval powers. Japan's navy had been built up over just two decades, with the IJN acquiring a fleet of modern foreign-built warships. Coupled with the IJN's leadership and high levels of training, this proved enough to destroy the fleet of one of the world's historic naval powers. This book explains in concise detail the IJN's fleet of 1904?1905, from its battleships and armored cruisers to the torpedo boats that launched 'the first great torpedo attack in history,' and outlines the history of the naval campaign against the Russian fleet.

BIOGRAPHICAL NOTE
Mark E. Stille (Commander, United States Navy, retired) received his BA in History from the University of Maryland and also holds an MA from the Naval War College. He has worked in the intelligence community for 30 years including tours on the faculty of the Naval War College, on the Joint Staff and on US Navy ships. He is currently a senior analyst working in the Washington DC area. He is the author of numerous Osprey titles, focusing on naval history in the Pacific.Paul Wright has painted ships of all kinds for most of his career, specializing in steel and steam warships from the late 19th century to the present day. Paul's art has illustrated the works of Patrick O'Brian, Dudley Pope and C.S. Forester amongst others, and hangs in many corporate and private collections all over the world. A Member of the Royal Society of Marine Artists, Paul lives and works in Surrey.