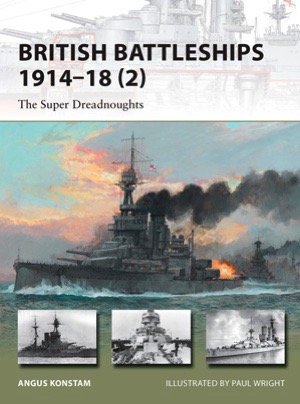 About this book
In 1906, the Germans began building their own dreadnought fleet armed with larger guns, word of which soon reached the British Admiralty. This raised the spectre that the British dreadnought fleet would be outgunned, and prompted the Admiralty to order the building of their own "super dreadnoughts". The first of these new dreadnoughts were laid down in 1909, and entered service three years later. The British public supported this programme, and the slogan "we want eight and cannot wait" became popular, a reference to the building of eight of these super dreadnoughts. Four more super dreadnoughts entered service in 1914. By then the Admiralty had developed a new programme of "fast battleships", armed with 15-inch guns. These powerful warships entered service in time to play a part in the battle of Jutland in 1916. World War I broke out before the Royal Navy had fully evaluated these new warships, and so lessons had to be learned through experience - often the hard way. Although none of these super dreadnoughts were lost in battle, their performance at the battle of Jutland led to a re-evaluation of the way they were operated. Still, for four years they denied control of the sea to the enemy, and so played a major part in the final collapse of Imperial Germany.