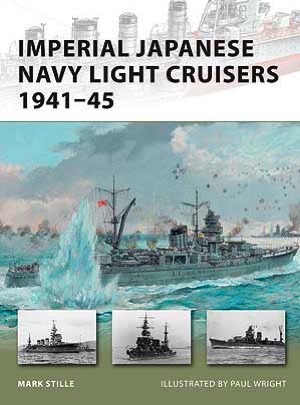 About this book
The Imperial Japanese Navy went to war with 17 light cruisers and another three cruiser-sized training ships. Of these, most were 5,500-ton ships designed to act as destroyer squadron flagships. This made them much different in capabilities and mission from their American counterparts. During the war, the Japanese built another five light cruisers, all but one of which maintained the design premise of being able to serve as destroyer squadron flagships. During the war, Japanese light cruisers were active throughout the Pacific performing many missions in addition to their flagship duties. Mark Stille continues Osprey's coverage of the IJN of WWII with this concise and complete study of all 25 ships, from their design and development to their ultimate fates. Detailed Osprey artwork and rare period photographs from the Fukui collection held in Kure, Japan illustrate this discussion.