Army of Pyrrhus of Epirus - 3rd Century BC
48 page book. 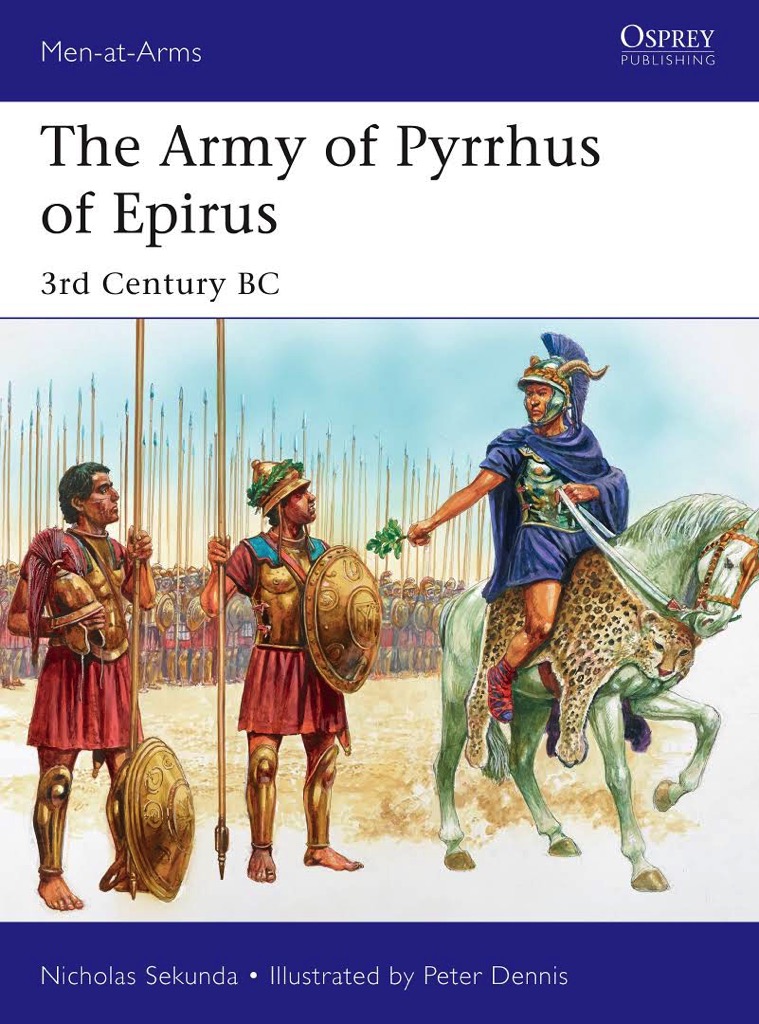 Manufacturer: Osprey Books
Stock Number: OSP MAA528
View all products of type "Armies"
Pyrrhus was one of the most tireless and famous warriors of the Hellenistic Age that followed the dispersal of Alexander the Great's brief empire. After inheriting the throne as a boy, and a period of exile, he began a career of alliances and expansion, in particular against the region's rising power: Rome. Gathering both Greek and Italian allies into a very large army (which included war-elephants), he crossed to Italy in 280 BC, but lost most of his force in a series of costly victories at Heraclea and Asculum, as well as a storm at sea. After a campaign in Sicily against the Carthaginians, he was defeated by the Romans at Beneventum and was forced to withdraw. Undeterred, he fought wars in Macedonia and Greece, the last of which cost him his life. Fully illustrated with detailed colour plates, this is the story of one of the most renowned warrior-kings of the post-Alexandrian age, whose costly encounters with Republican Rome have become a byword for victory won at unsustainable cost.