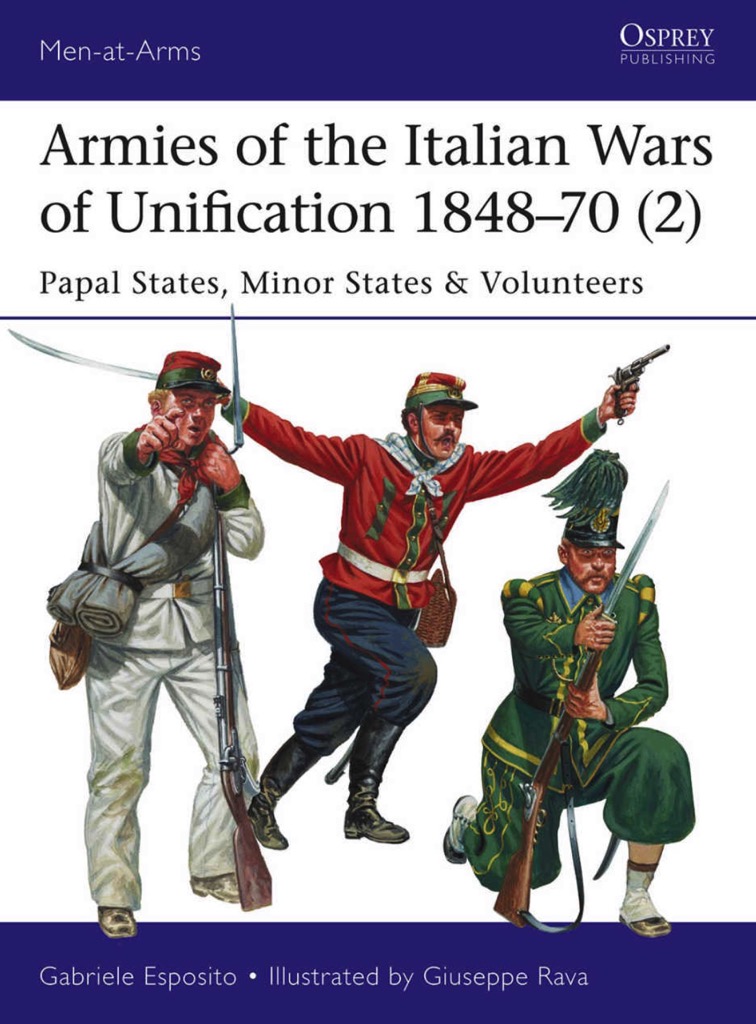 Manufacturer: Osprey Books
Stock Number: OSP MAA520
View all products of type "Armies"
In the 1840s, Italy was a patchwork of states. The North was ruled by the Austrian Empire, the South by the Spanish-descended monarchy of the Two Sicilies. Over the next two decades, after wars led by Savoy/Piedmont and volunteers such as Garibaldi, an independent Kingdom of Italy emerged. These conflicts saw foreign interventions and shifting alliances among minor states, and attracted a variety of local and foreign volunteers.

This second volume in a two part series covers the armies of the Papal States; the duchies of Tuscany, Parma, and Modena; the republics of Rome and San Marco (Venice) and the transitional Kingdom of Sicily; and the various volunteer movements. These varied armies and militias wore a wide variety of highly colourful uniforms which are brought to life in stunning, specially commissioned, full colour artwork from Giuseppe Rava.