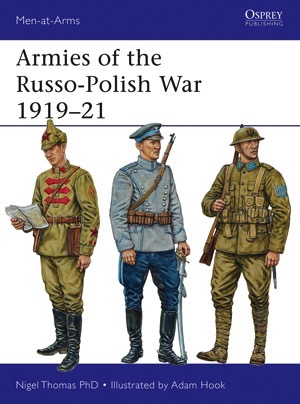 About this book
In 1917 Poland was recognised as a state by Russia, but the Bolshevik coup threatened this. The Polish leader Marshal Pilsudski hurried to build an army around Polish World War I veterans, and in 1918 war broke out for Poland's independence, involving the the Poles, the Red and White Russian armies, at least two different Ukrainian forces, and Allied intervention troops. The armies that fought these campaigns were extraordinarily varied in their uniforms and insignia, equipment and weapons, and when peace was signed in 1921, Poland had achieved recognised nationhood for the first time since 1794. Featuring specially commissioned full-colour artwork, this engaging study explains and illustrates the armies that fought in the epic struggle for the rebirth of the independent Polish nation, in the bitter aftermath of World War I.