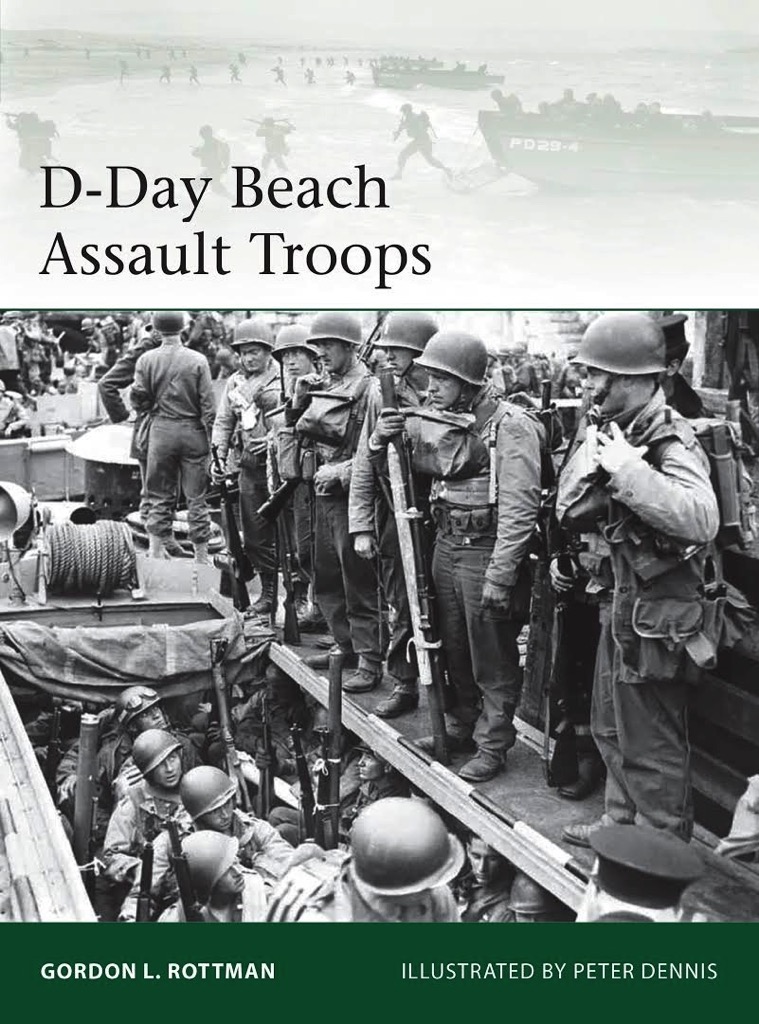 Manufacturer: Osprey Books
Stock Number: OSP ELI219
View all products of type "Battles"
View all products of type "Armies"
In the early hours of June 6, 1944, the first of over 150,000 Allied soldiers stormed five beaches in Normandy against fierce German resistance. They were specially trained and task-organized in a range of different landing teams depending on their means of transport, their tasks, and the resistance they anticipated. The first assault infantry were accompanied by tankers, combat engineers, and other specialist personnel, to breach German obstacles, knock out defensive positions, and to defend and prepare the beaches for the follow-on waves. On some beaches the plans worked, on others they were disrupted by bad weather, faulty timing, or enemy fire, with consequences that varied from survivable confusion to absolute carnage. This is an in-depth study of the uniforms, equipment, weapons, passage, landings, and tactics of US, British and Canadian assault units during the period from before H-Hour on June 6 to dawn on June 7.