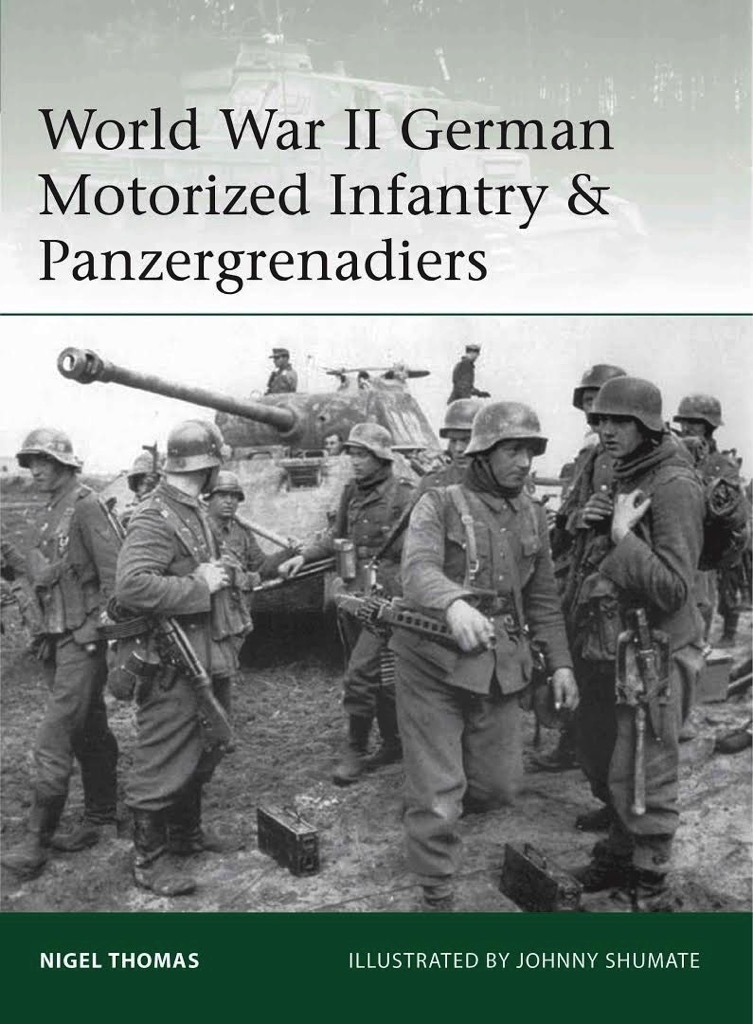 Manufacturer: Osprey Books
Stock Number: OSP ELI218
View all products of type "Mobile Divisions"
In World War II Germany's doctrine of mobile warfare dominated the battlefield. By trial and error, the Germans were the first to correctly combine the strength in tanks and in mobile infantry and artillery. This integration of mobile units, equipment and tactics underpinned Germany's successes in the first half of the war. As the war dragged on, the Allies sought to copy German tactics but German armies remained supreme in this type of warfare until their losses had seriously degraded their capabilities.

This study traces the development of the different types of unit that came together in the Panzergrenadier branch from the inter-war years through World War II. Using colour plates to display the changes in uniform, equipment and insignia in all theatres of operations throughout the conflict, this is a complete account of Hitler's elite armoured infantry.