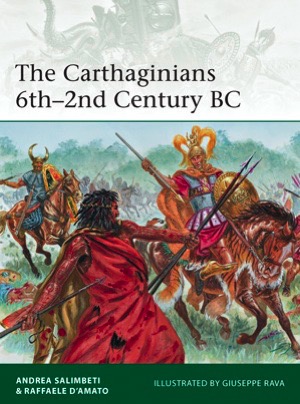 About this book
Carthage, the port-city in Tunisia first settled by Phoenicians from Tyre, grew to extend a competitive maritime trading empire all over the Western Mediterranean and beyond, increasingly defended by the best navy of the period. In the 6th century BC this came into confrontation with Greek colonists in Sicily, starting major wars that lasted through the 5th and 4th centuries, and involved much interaction with different Greek forces. During the 3rd century Carthage first clashed with Roman armies, and in the course of three wars that raged over Spain, Sicily and Italy the Romans suffered the greatest defeats in their early history at the hands of Hamilcar, Hannibal and Hasdrubal Barca, leading multinational armies of North Africans and Europeans.