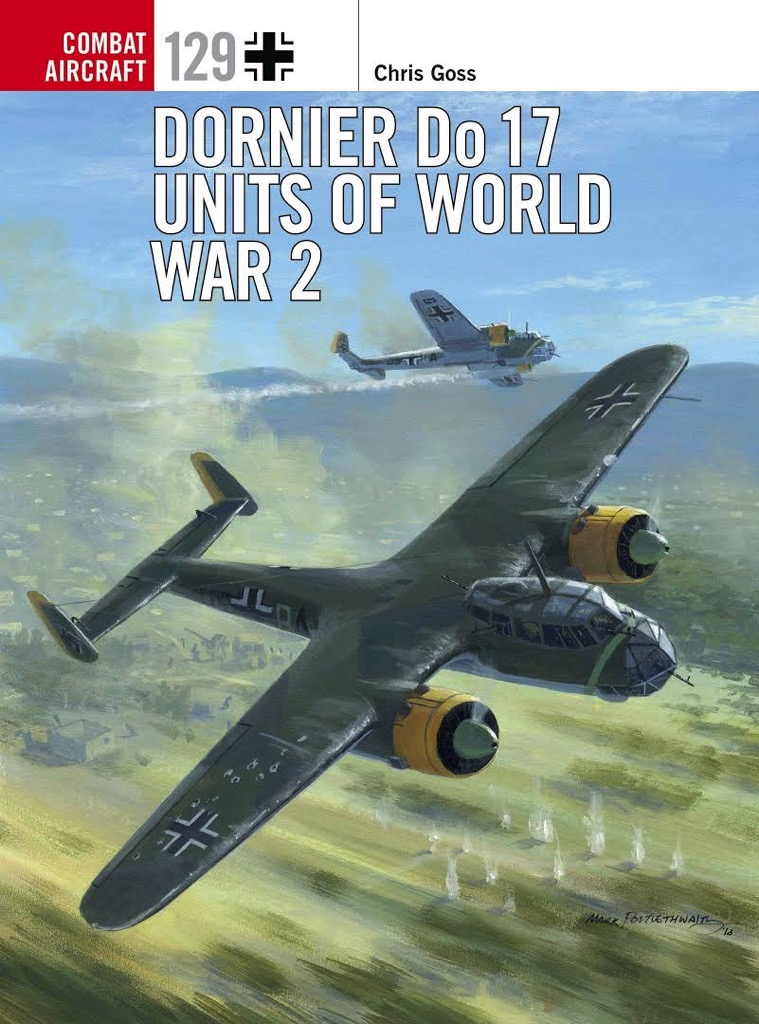 Manufacturer: Osprey Books
Stock Number: OSP COM129
View all products of type "Do-17"
View all products of type "Air Groups"
Initially designed as a high-speed mail aeroplane and airliner, the Do 17 first made an appearance as a military aircraft in the Spanish Civil War, both as a bomber and in reconnaissance roles. In the early stages of World War II, it, together with the Heinkel He 111, formed the backbone of the German bomber arm over Poland, France, Belgium and the Low Countries, and saw action in almost every major campaign in this period. However, by the start of the Battle of Britain, the Do 17's limited range and small bomb load meant that it was ripe for replacement by the Ju 88. Though it performed well at lower altitudes, the model suffered heavy losses during raids, particularly during the Blitz and were increasingly phased out. This fully illustrated study uses detailed full-colour artwork and authoritative text from an expert author to tell the full operation story of one of Nazi Germany's best light bombers from the early years of World War II.