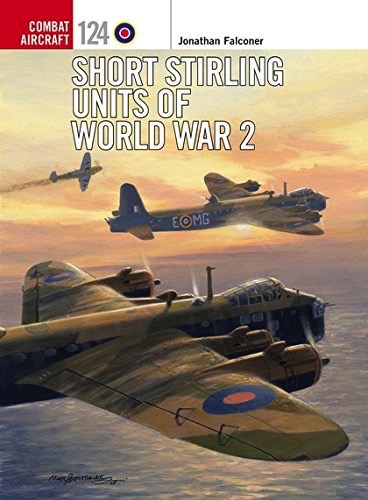 Manufacturer: Osprey Books
Stock Number: OSP COM124
View all products of type "Stirling"
View all products of type "Air Groups"
Of the RAF's trio of four-engined heavy bombers in World War 2, the mighty Short Stirling was the first to enter service in August 1940. From its first raid in February 1941, the Stirling was at the forefront of the British night bombing offensive against Germany before unacceptably high losses forced its relegation to second-line duties later in the war.

In its modified form as the Mark IV the Stirling fulfilled vital roles with the RAF as a paratroop transport and glider tug on D-Day, at Arnhem and on the Rhine crossing as well as flying countless Special Duties operations over Occupied Europe and Norway. Its last gasp was in 1948-49 when a handful of Mk Vs were acquired by the Royal Egyptian Air Force to bomb Israel in the First Arab-Israeli War.

Containing numerous first-hand combat accounts from the crews that flew the bomber and detailed profile artwork, Short Stirling Units of World War 2 uncovers the history of one of the RAF's greatest World War 2 bombers.