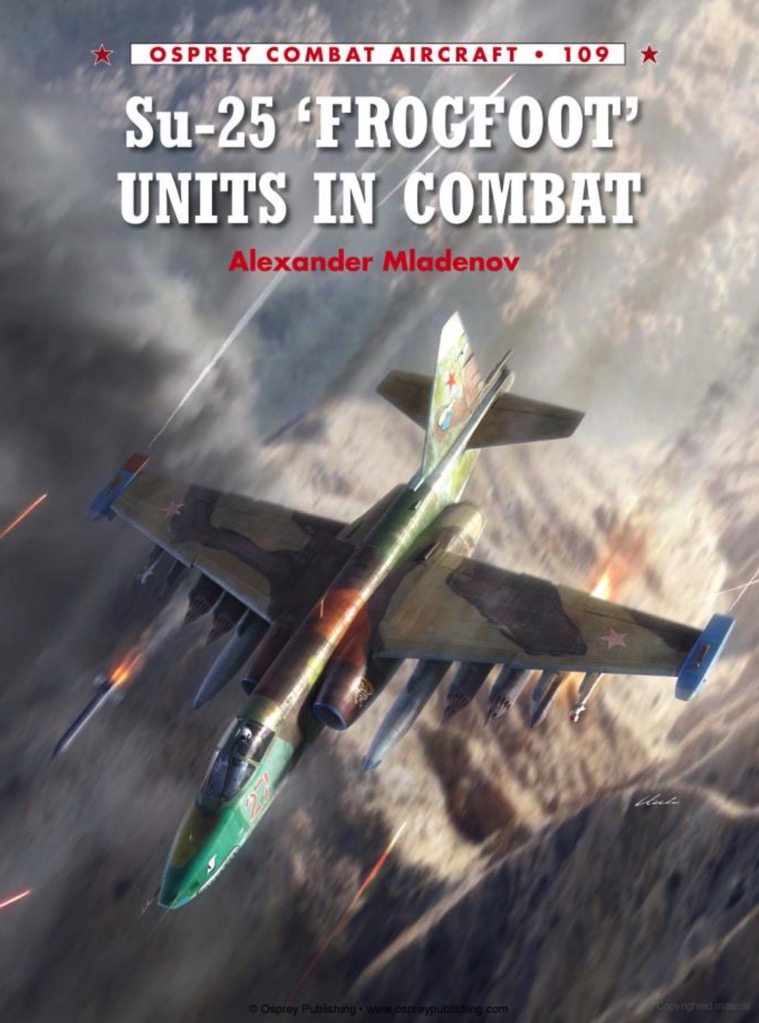 Manufacturer: Osprey Books
Stock Number: OSP COM109
View all products of type "Su-25 Frogfoot"
View all products of type "Air Groups"
This volume details the technical features and operational performance of the Soviet Su-25 'Frogfoot', which proved itself as a durable and versatile attack aircraft in a variety of theatres such as Afghanistan, Georgia and Ossetia. Today it is widely accepted as the true successor to the types of specialised ground--attack aircraft that emerged during World War II. This book illuminates the service history of the 'Frogfoot' in over 30 years of combat using first-hand accounts and revealing archive photographs. The awkward-looking Su-25 has often been underrated, but the faithful 'Frogfoot' is now slated to remain in service with most of its current operators across the globe until at least 2020. This study explores the successes of the 'Frogfoot' in full, demonstrating its strengths as a formidably armed, armoured and very agile attack aircraft.