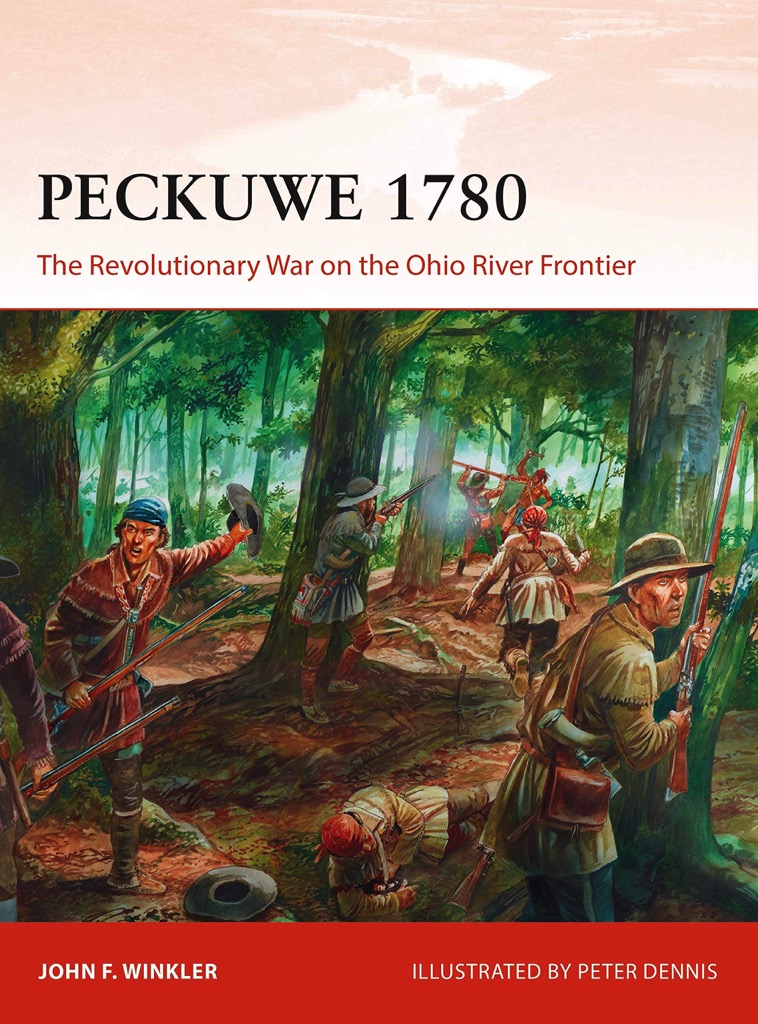 Manufacturer: Osprey Books
Stock Number: OSP CAM327
View all products of type "Clash of Armies"
View all products of type "Battles"
As the Revolutionary War raged on fields near the Atlantic, Native Americans and British rangers fought American settlers on the Ohio River frontier in warfare of unsurpassed ferocity. When their attacks threatened to drive the Americans from their settlements in Kentucky, Daniel Boone, Simon Kenton and other frontiersmen guided an army of 970 Kentuckians into what is now Ohio to attack the principal Native American bases from which the raids emanated. This superbly illustrated book traces Colonel George Rogers Clark's lightning expedition to destroy Chalawgatha and Peckuwe, and describes how on 8 August 1780 his Kentuckians clashed with an army of 450 Native Americans, under Black Hoof, Buckongahelas and Girty, at the battle of Peckuwe. It would be the largest Revolutionary War battle on the Ohio River frontier.