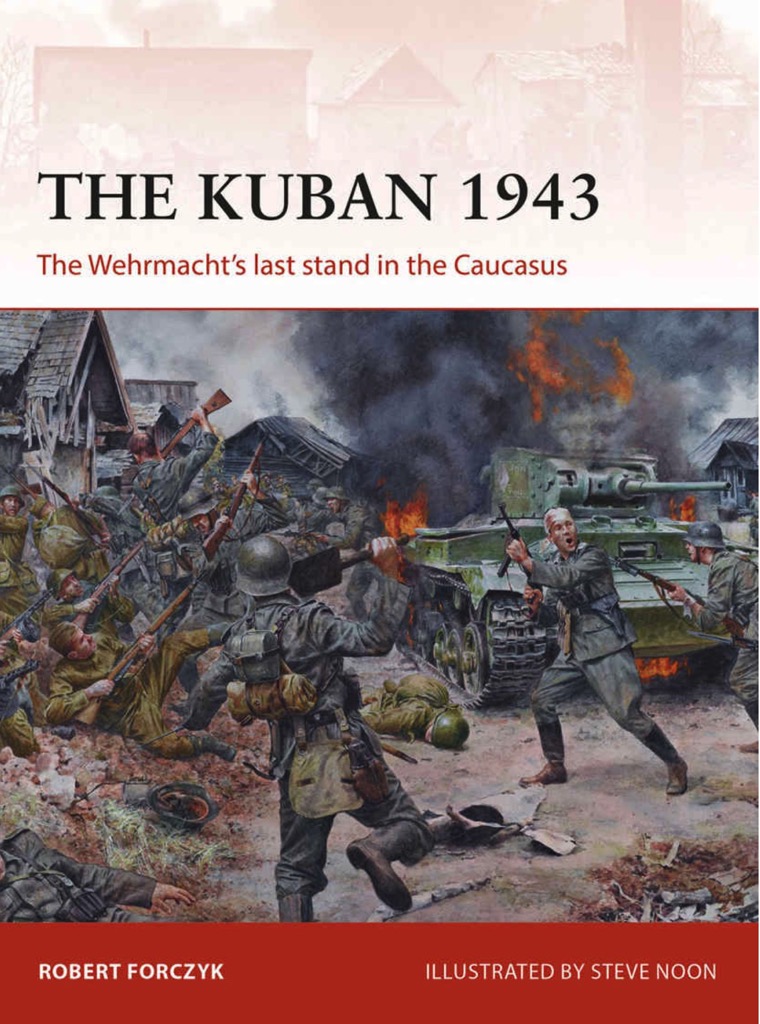 Manufacturer: Osprey Books
Stock Number: OSP CAM318
View all products of type "Clash of Armies"
View all products of type "Battles"
In the summer of 1942, the Wehrmacht invaded the Caucasus in order to overrun critical oil production facilities at Maikop, Grozny and Baku. However, the Red Army stopped the Germans short of their objectives and then launched a devastating winter counteroffensive that encircled them at Stalingrad. Consequently, Hitler grudgingly ordered an evacuation from the Caucasus, but ordered 17. Armee to fortify the Kuban bridgehead and hold it at all costs in order to leave open the possibility of future offensives. On the other side, the Soviet Stavka ordered the North Caucasus Front and the Black Sea Fleet to eliminate the Kuban bridgehead as soon as possible. The stage was set for a contest between an immovable object and an unstoppable force.

With the help of stunning specially commissioned artwork, this book tells the enthralling story of the impressive but strategically foolish German stand at Kuban, which tied down seven Soviet armies in a sideshow battle of attrition, which the Soviets dubbed 'the Kuban meat grinder.' Contents