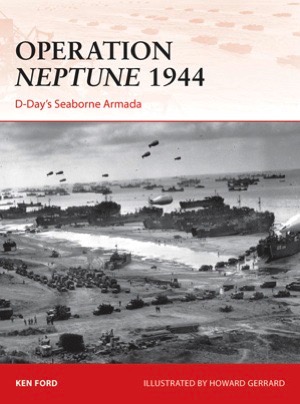 About this book
The story of Operation Neptune was, of course, more than just a tale of planning, building and logistics. It had action a-plenty and the emotive tales of bravery, ingenuity and determination by the crews of the ships involved brought credit to the naval traditions of the Allied nations. Battleships, cruisers and destroyers bombarded enemy positions; midget submarines pointed the way to the beaches; minesweepers worked secretly by night to clear lanes; landing craft of all sizes braved enemy fire and mines to deposit their loads on the beaches and naval beach parties endured shellfire and machine guns to bring order to the beaches. Royal Navy commandos and US naval engineers dealt with beach obstacles against rising tides in the face of withering enemy fire. Losses during Neptune and the days after the assault were quite heavy. Operation Neptune had more casualties amongst its vessels than any other naval enterprise in World War II.