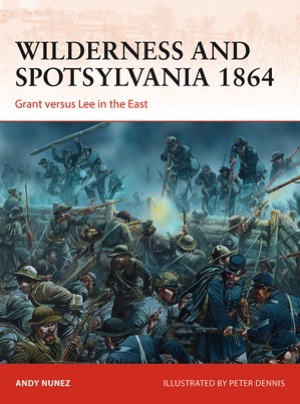 About this book
In May 1864 the Union Army of the Potomac under General George Meade had been in a leisurely pursuit of the Confederate Army of Northern Virginia for nearly a year after the defeat of the Rebels at Gettysburg. Confederate commander General Robert E. Lee still retained his awe-inspiring reputation for wrecking Union armies that got too close to Richmond and Meade was still cautious. His tactics at Gettysburg were defensive and he was unsure that he was able to take the offensive against Lee. However, things changed when President Abraham Lincoln appointed General Ulysses S. Grant to command all Union armies. Grant came east and laid out a comprehensive strategy for the rest of the war. In the deep South, General William T. Sherman would march out of Tennessee to cut the Confederacy in half by taking Atlanta. Grant would lead the Army of the Potomac across the Rapidan River and march on Richmond. He had the manpower and equipment to accomplish his objective, easily outnumbering Lee. Lee, on the other hand, was far from beaten. The stage was set for one of the defining campaigns of the Civil War in the East.