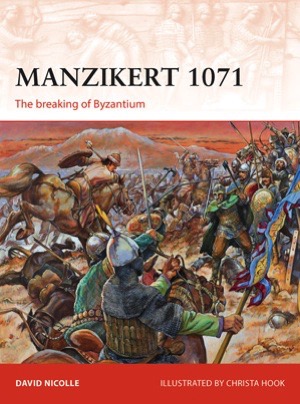 About this book
On 26 August 1071 a large Byzantine army under Emperor Romanus IV met the Saljuq Turk forces of Sultan Alp Arslan near the town of Manzikert. The battle ended in a decisive defeat for the Byzantine forces, with the Byzantine emperor captured and much of his fabled Varangian guard killed. This battle is seen as the primary trigger of the Crusades, and as the moment when the power of the East Roman or Byzantine Empire was irreparably broken. The Saljuq victory opened up Anatolia to Turkish-Islamic conquest, which was eventually followed by the establishment of the Ottoman state. Nevertheless the battle itself was the culmination of a Christian Byzantine offensive, intended to strengthen the eastern frontiers of the empire and re-establish Byzantine domination over Armenia and northern Mesopotamia. Turkish Saljuq victory was in no sense inevitable and might, in fact, have come as something of a surprise to those who achieved it. It was not only the battle of Manzikert that had such profound and far-reaching consequences, many of these stemmed from the debilitating Byzantine civil war which followed and was a direct consequence of the defeat.