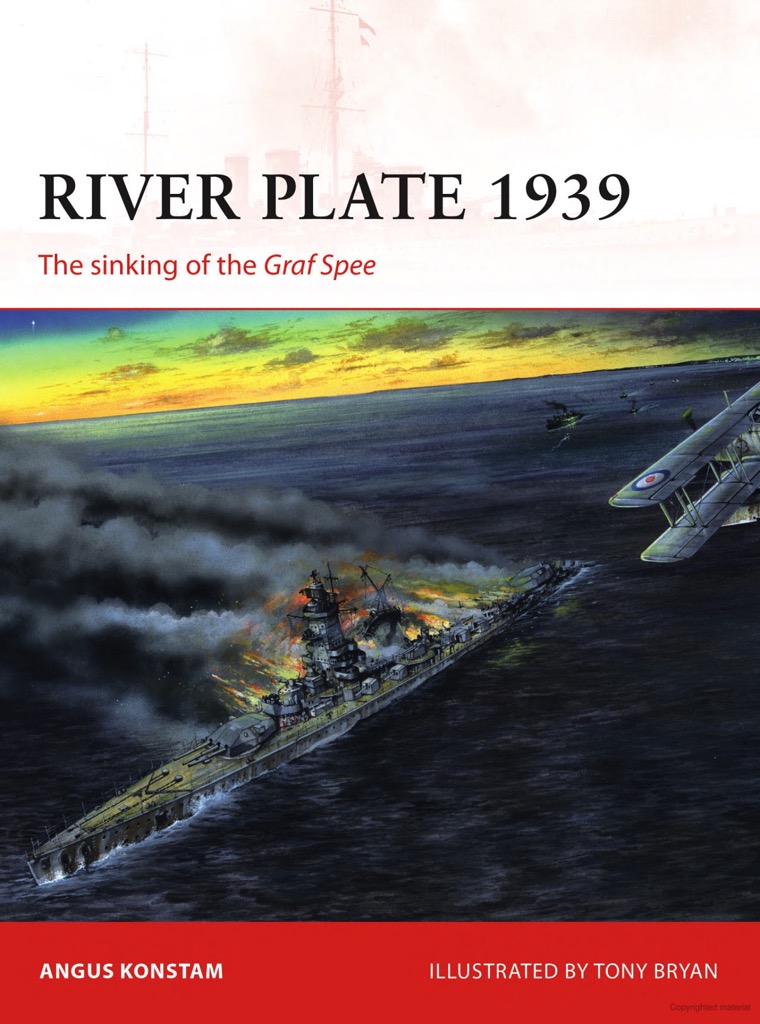 Manufacturer: Osprey Books
Stock Number: OSP CAM171
View all products of type "Naval Warfare"
View all products of type "Deutschland Class Cruiser"
About This Product
Days before the outbreak of World War II a handful of German commerce raiders put out to sea to prey on Allied merchantmen. Amongst them was the Panzerschiff ('armoured ship') Graf Spee, a formidable warship that boasted the firepower of a battleship but the size, speed and range of a cruiser. When World War II commenced, under the command of Captain Langsdorff the Graf Spee began a hunting spree across the South Atlantic and the Indian Ocean that eventual took her to the River Plate in search of her next victim - an Allied convoy. Instead she found three Royal Navy cruisers under the command of Commodore Harwood, eager to put an end to the 'pocket battleship' that had been terrorizing Allied merchant ships.

Featuring full colour artwork, archive photographs and meticulous research, this comprehensive volume explores the thrilling story behind the Battle of the River Plate, an engagement that unquestionably demonstrated the effectiveness of British seapower and diplomacy on an international stage.