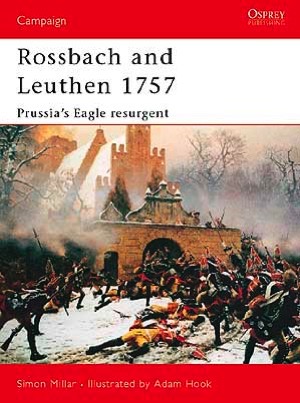 About this book
By the autumn of 1757 Frederick the Great was beset by enemies on all sides. The French had invaded the territory of his Anglo-Hanoverian allies, a Franco-Imperial army was threatening Saxony, an Austrian army 110,000-strong had marched into Silesia and even the ponderous Russians had moved against him. Then within a month Frederick transformed his fortunes. At Rossbach on 5 November he smashed the Franco-Imperial army in barely 11/2 hours. Force-marching to Silesia he won perhaps his greatest victory exactly a month later, crushing the Austrian Army at Leuthen. The Emperor Napoleon considered Frederick's lightning campaign 'a masterpiece of manoeuvre and resolution'.