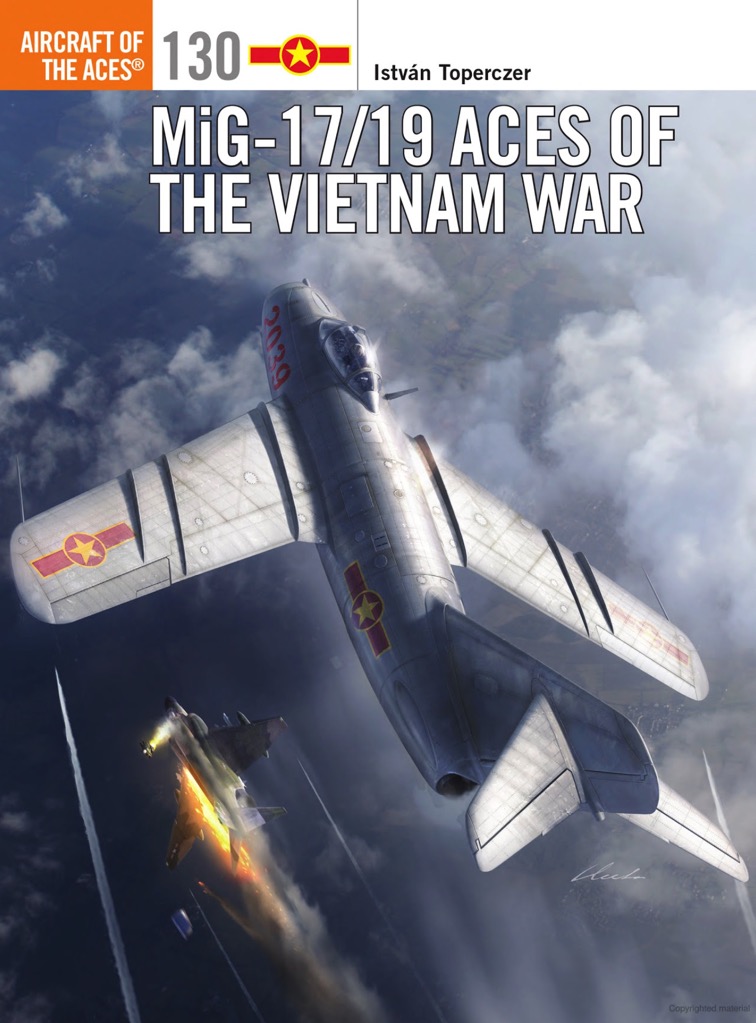 Manufacturer: Osprey Books
Stock Number: OSP ACE130
View all products of type "MiG-17 Fresco"
View all products of type "MiG-19 Farmer"
At the beginning of the Vietnam War, the Vietnam People's Air Force (VPAF) were equipped with slow, old Korean War generation fighters - a combination of MiG-17s and MiG-19s - types that should have offered little opposition to the cutting-edge fighter-bombers such as the F-4 Phantom II, F-105 Thunderchief and the F-8 Crusader. Yet when the USAF and US Navy unleashed their aircraft on North Vietnam in 1965 the inexperienced pilots of the VPAF were able to shatter the illusion of US air superiority.

Taking advantage of their jet's unequalled low-speed maneuverability, small size and powerful cannon armament they were able to take the fight to their missile-guided opponents, with a number of Vietnamese pilots racking up ace scores. Packed with information previously unavailable in the west and only recently released from archives in Vietnam, this is the first major analysis of the exploits of Vietnamese pilots in the David and Goliath contest with the US over the skies of Vietnam.