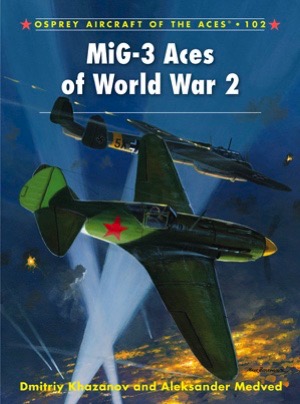 About this book
The MiG-1/3 family of fighters was built to satisfy a Soviet Air Force requirement for an advanced, fast, high-altitude fighter. Entering service in the spring of 1941, the problematic MiG-1 had its handling issues rectified with the hasty production of the MiG-3. Many of these were destroyed on the ground when the Germans launched Operation Barbarossa. Nevertheless, enough examples survived to allow pilots such as Stepan Suprun and Aleksandr Pokryshkin to claim a number of victories in the type. This book tells the complete story of the men who made ace in the first examples of the famous MiG fighter.