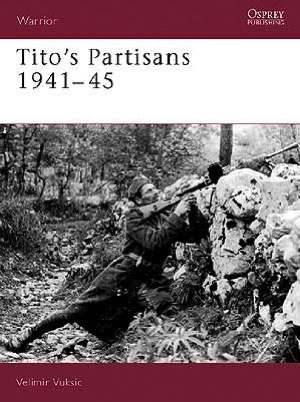 Manufacturer: Osprey Books
Stock Number: OSP WAR73
View all products of type "Warriors"
Illustrator: Velimir Vuksic
About this book
The civil war that raged in Yugoslavia following the German invasion in 1941 was brutal, uncompromising and complex, pitting royalists, fascists communists, ethnic groups, and the Axis powers against one another in a shifting and bloody theatre of war. The Partisan forces under the command of Josip Broz Tito were a constant thorn in the side of the Wehrmacht divisions in the Balkans, prompting numerous anti-partisan operations. Using primary source material, stunning contemporary images and personal accounts, this book explores a well-known but little published subject for the first time, bringing to light the development, training, weaponry, tactics and combat experiences of Tito's formidable guerrilla force, and the events of this bloody theatre of World War II.