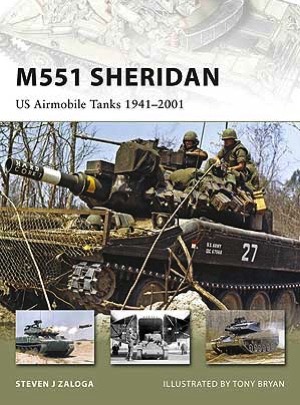 About this book
Since the advent of airmobile warfare, there have been numerous attempts to support paratroopers with attached armored vehicles. This book tells the story of the US experience with air-mobile tanks, starting with their efforts in World War II. However, full success was not achieved until the production of the M551 Sheridan. The history of this tank provides the focal point of this book, highlighting the difficulties of combining heavy firepower in a chassis light enough for airborne delivery. The book examines its controversial debut in Vietnam, and its subsequent combat history in Panama and Operation Desert Storm. It rounds out the story by examining the failed attempts to replace the Sheridan with other armored vehicles.