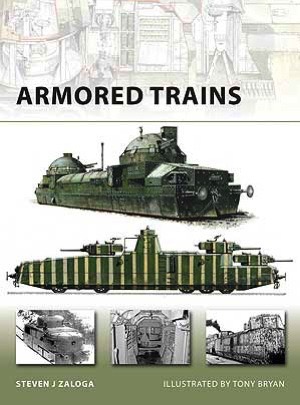 About this book
First seen during the American Civil War and later appearing in the Franco-Prussian War and the Anglo-Boer Wars, the armored train came to prominence on the Eastern Front during World War I. It was also deployed during the Russian Civil War and the technology traveled east into the Chinese Civil War, and the subsequent war with Japan. It saw service on the Russian Front in World War II, but was increasingly sidelined because of its vulnerability to air attack. Steven J Zaloga examines the origins and development of the armored train, focusing equally on the technical detail and on the fascinating story of how armored trains were actually used in combat. This title will appeal to armor, military history and railroad enthusiasts alike.