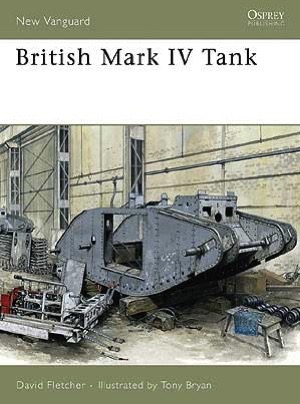 DISCONTINUED This product has been discontinued
and is no longer available.List price: $19.00
You pay: $13.69
(All prices in U.S. Dollars)

About this book
The formidable Mark IV tank was pitted against the German Army from 1917 until the end of World War I. This book reveals the important role the tank played in the historic battle of Cambrai in 1917 as well as the first ever tank-versus-tank actions against German A7Vs. In awe of British technology, the Germans actively captured, salvaged and repaired Mark IVs for deployment against the Allies. Using rare photographs and detailed artwork, David Fletcher explores the Mark IV's design and development, its variants and accessories, and brings to life its exciting deployment on the battlefields of World War I.