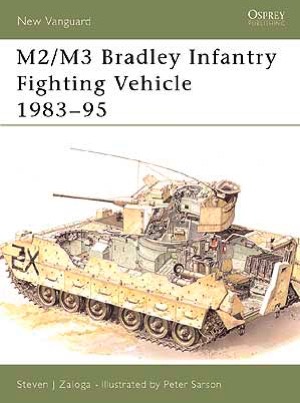 About this book
One of the most sophisticated armoured fighting vehicles in the world, the M2/M3 Bradley is the United States equivalent of the British Warrior, combining the role of personnel carrier with the formidable armament of a 25mm cannon and TOW anti-tank missiles. With a maximum road speed of 66kmh it also has a degree of manoeuvrability dreamed of by other armoured vehicles. In this book Steven Zaloga examines the different variants of the Bradley in detail and looks at the changing tactical requirements of the US Army for an armoured personnel carrier.