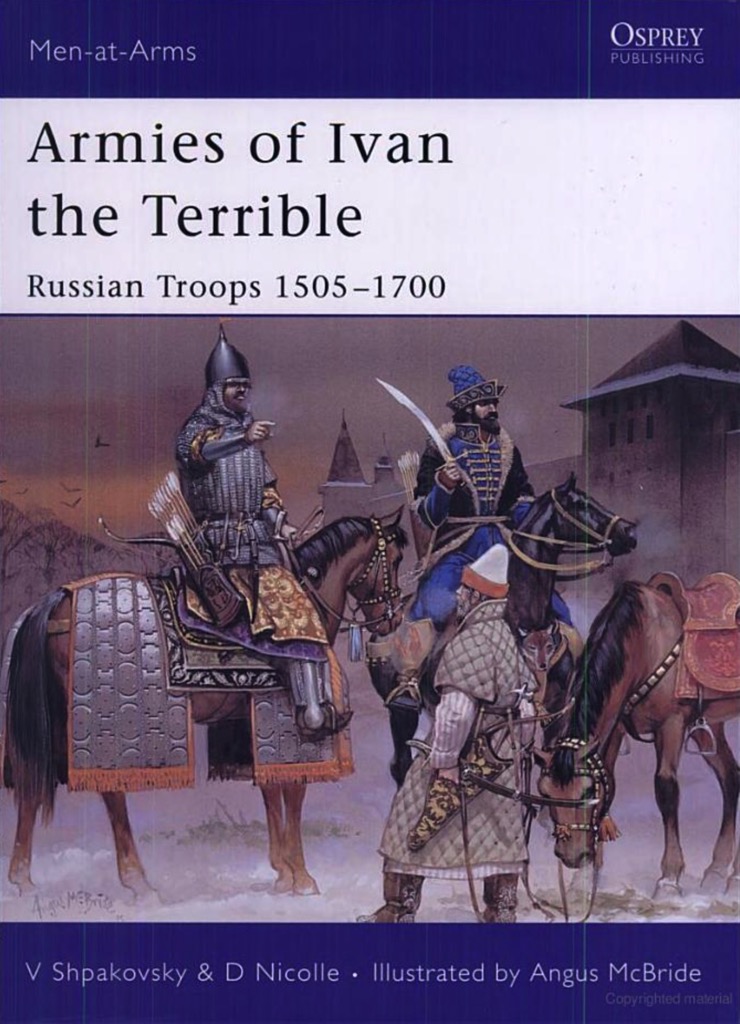 Manufacturer: Osprey Books
Stock Number: OSP MAA427
View all products of type "Armies"
ABOUT THIS PRODUCT
It is generally assumed that the military reforms which propelled Russia into the modern world were due solely to the genius of Peter the Great. In fact, his reforms were built upon changes that had taken place during the previous 200 years, since the creation in 1550 of Russia's first full-time military force - the streltsi - by Ivan IV the Terrible. This account traces Russia's armies from that beginning, through the creation of paid regular regiments from1630, up to the reign of Peter the Great. It is illustrated with rare early drawings, photos of surviving artifacts, and dazzling colour reconstructions of exotic military costumes.