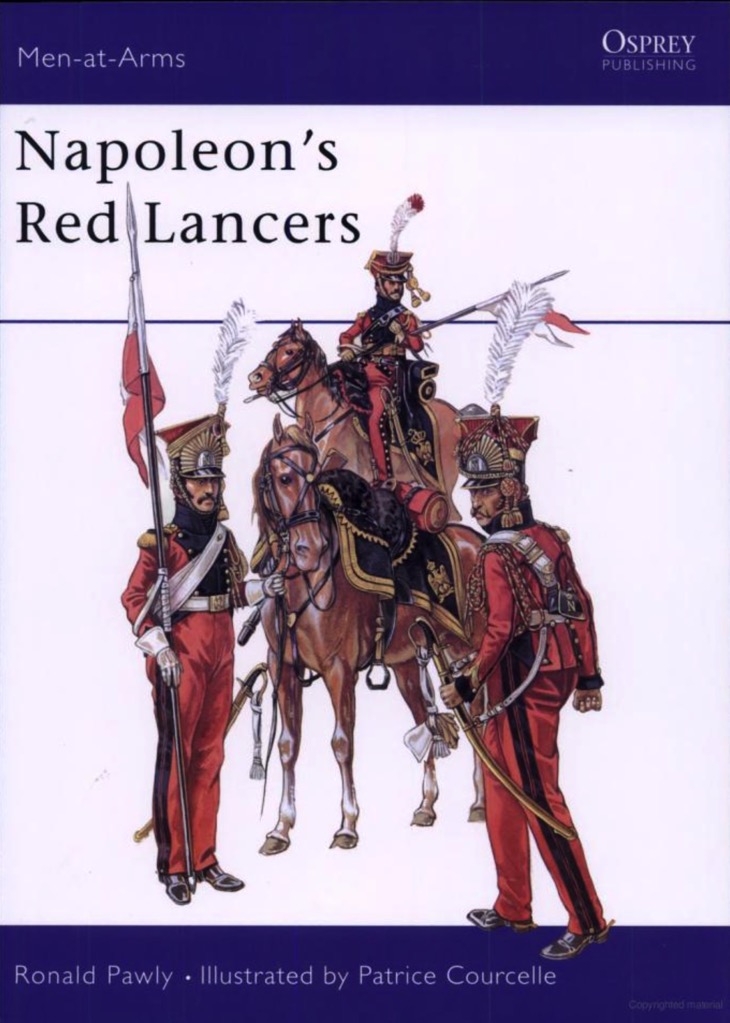 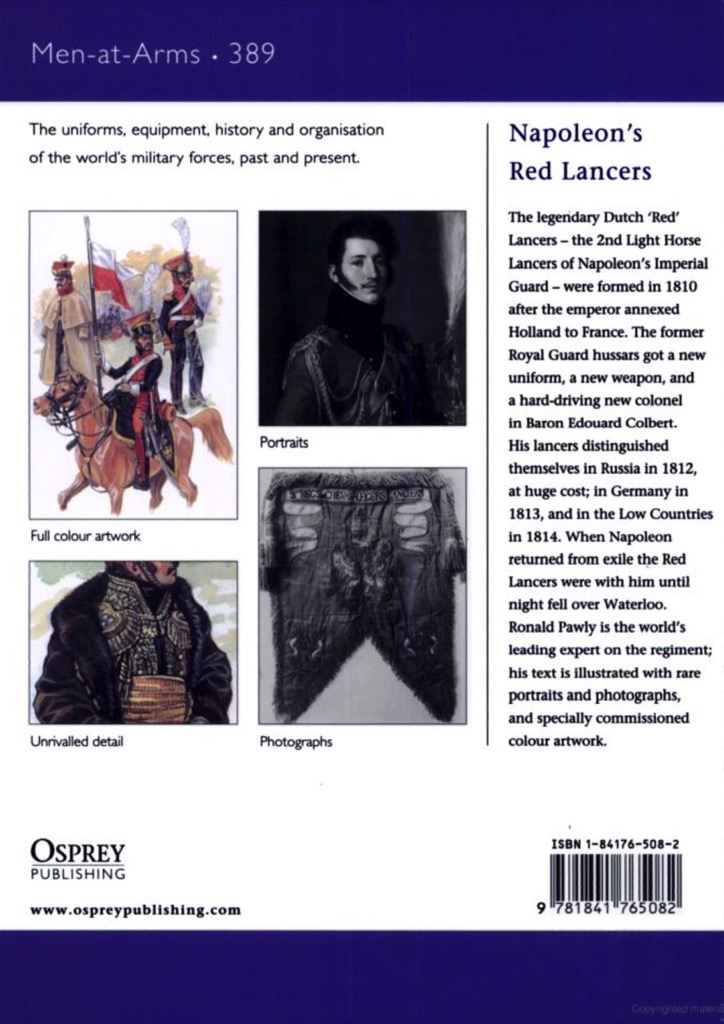 Manufacturer: Osprey Books
Stock Number: OSP MAA389
View all products of type "Mobile Divisions"
The legendary Dutch 'Red' Lancers - the 2nd Light Horse Lancers of Napoleon's Imperial Guard - were formed in 1810 after the emperor annexed Holland and its army to France. The former hussars of the Dutch Royal Guard got a handsome new uniform, a new weapon, and a hard-driving new colonel in Baron Edouard Colbert. His lancers distinguished themselves in Russia in 1812, at huge cost; in Germany in 1813, and in the Low Countries in 1814. When Napoleon returned from exile in 1815 the Red Lancers were with him until night fell over Waterloo. Ronald Pawly is the world's leading expert on the archival and pictorial record left by this regiment; his detailed text is illustrated with rare portraits and photographs, and eight glowing colour plates of a surprisingly wide variety of uniforms.