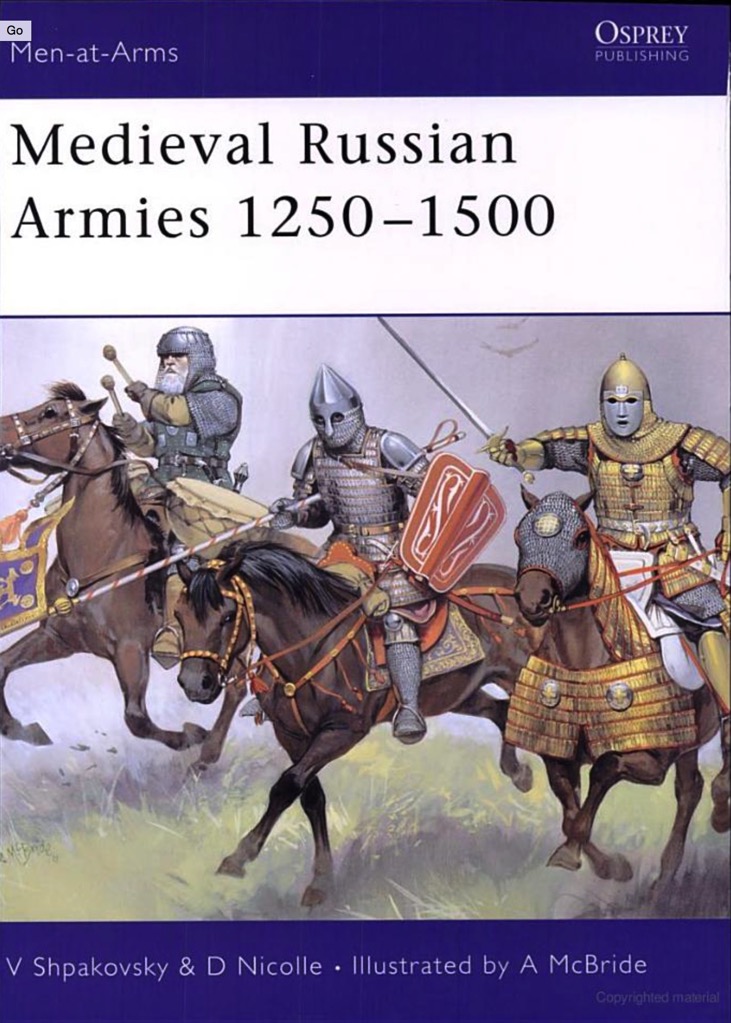 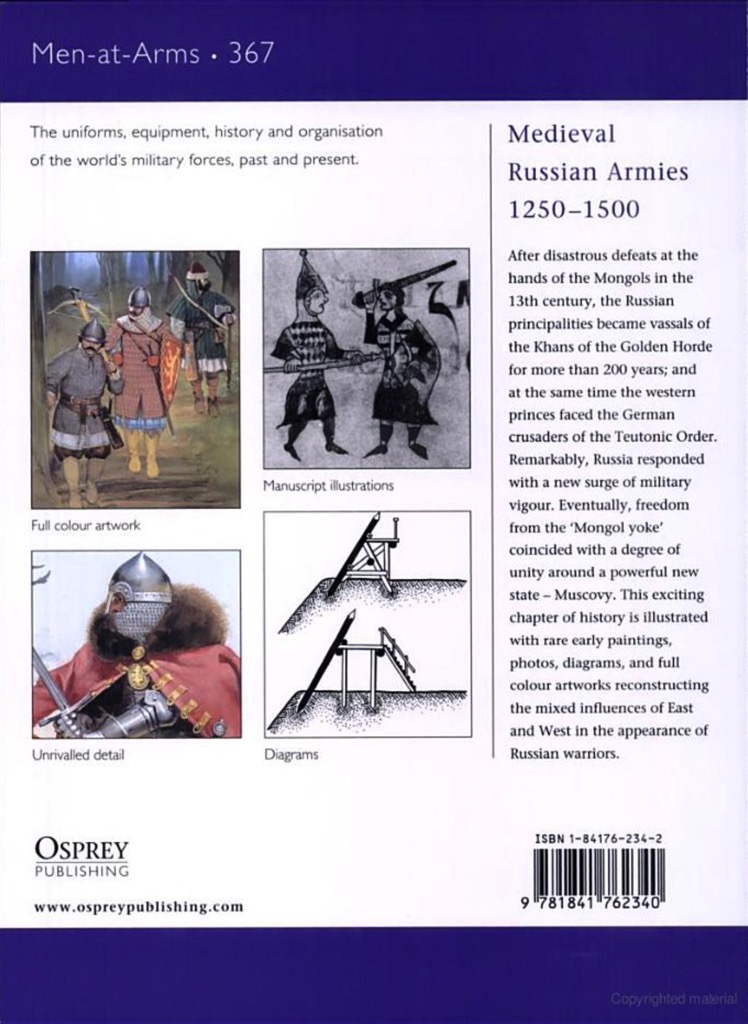 Manufacturer: Osprey Books
Stock Number: OSP MAA367
View all products of type "Armies"
After disastrous defeats at the hands of the Mongols in the 13th century, the Russian principalities became vassals of the Khans of the Golden Horde for more then 200 years; and at the same time the western princes faced the German crusaders of the Teutonic Order. Remarkably, Russia responded with a new surge of military vigour. Eventually, freedom from the 'Mongol yoke' coincided with a degree of unity around a powerful new state - Muscovy. This exciting chapter of history is illustrated with rare early paintings, photos, diagrams, and eight plates reconstructing the mixed influences of East and West in the appearance of Russian warriors.