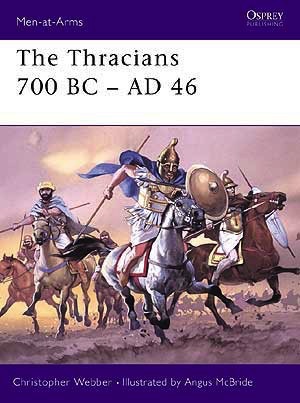 Manufacturer: Osprey Books
Stock Number: OSP MAA360
View all products of type "Armies"
View all products of type "Campaigns"
Throughout the three centuries before Christ many hundreds of thousands of Thracians, in more than 40 tribes, occupied the area between northern Greece, southern Russia and north-west Turkey. Skilled horsemen, masters of light infantry fighting in broken terrain, and renowned for their ferocity, the Thracians were feared by even the greatest of their contemporaries, who were eager to employ them as mercenaries. After surviving invasions by the Persians, Greeks, Macedonians and Celts, the Thracians were finally conquered by Rome in AD 46. This concise but lavishly illustrated study of their history and material culture includes the results of the latest archaeological research, notably some remarkable tomb paintings.