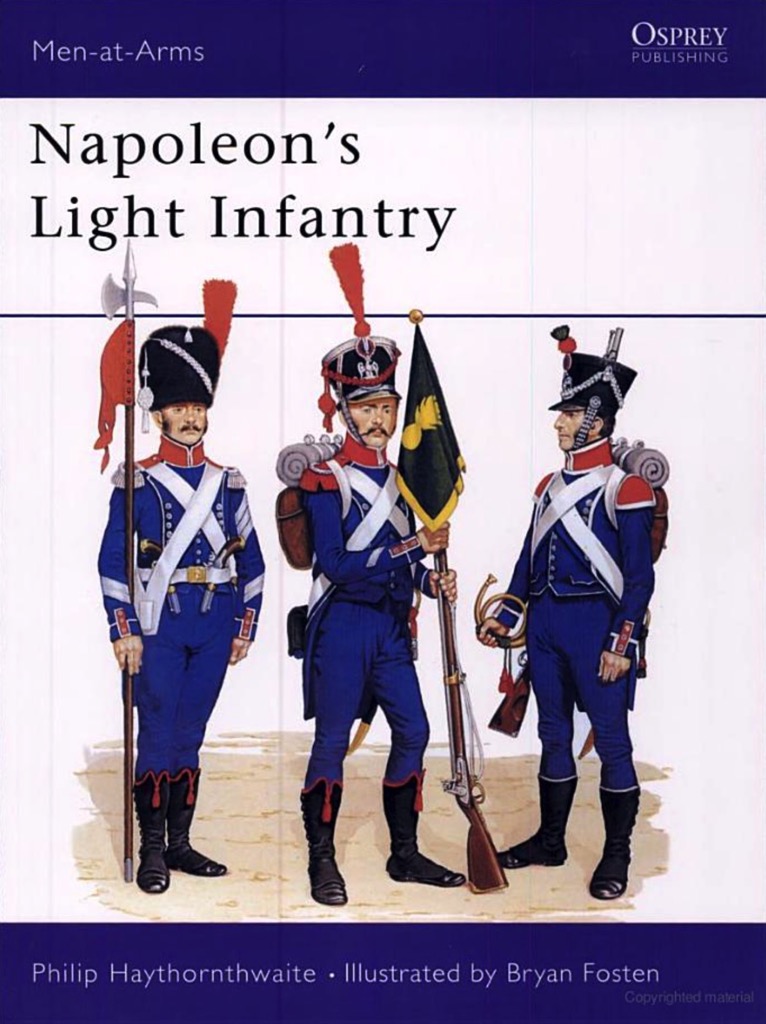 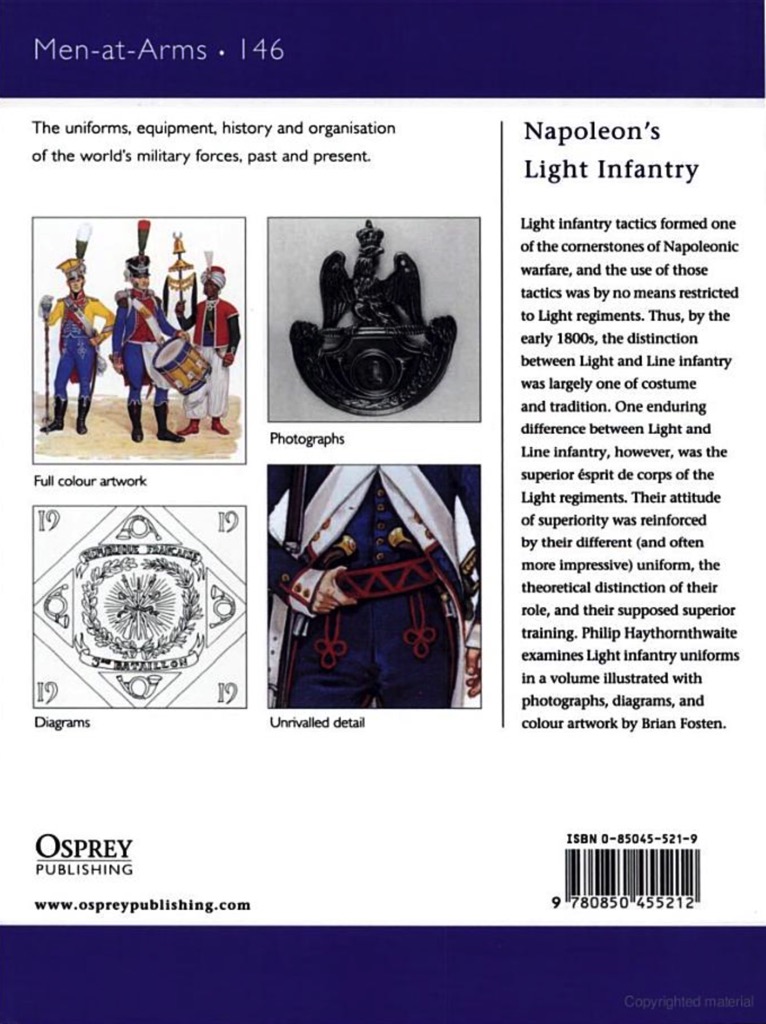 Manufacturer: Osprey Books
Stock Number: OSP MAA146
View all products of type "Mobile Divisions"
Although light infantry tactics formed one of the cornerstones of Napoleonic warfare, their employment was by no means restricted to Light regiments. Thus, from the early 1800s if not before, the distinction between Light and Line infantry was largely one of costume and tradition. One marked difference from the Line infantry, however, was in the superior esprit de corps of the Light regiments. Their attitude of superiority was reinforced by their different (and often more impressive) uniform, the theoretical difference in role, and supposed superior training. Philip Haythornwaite examines their uniforms in a volume including eight superb colour plates by Brian Fosten.