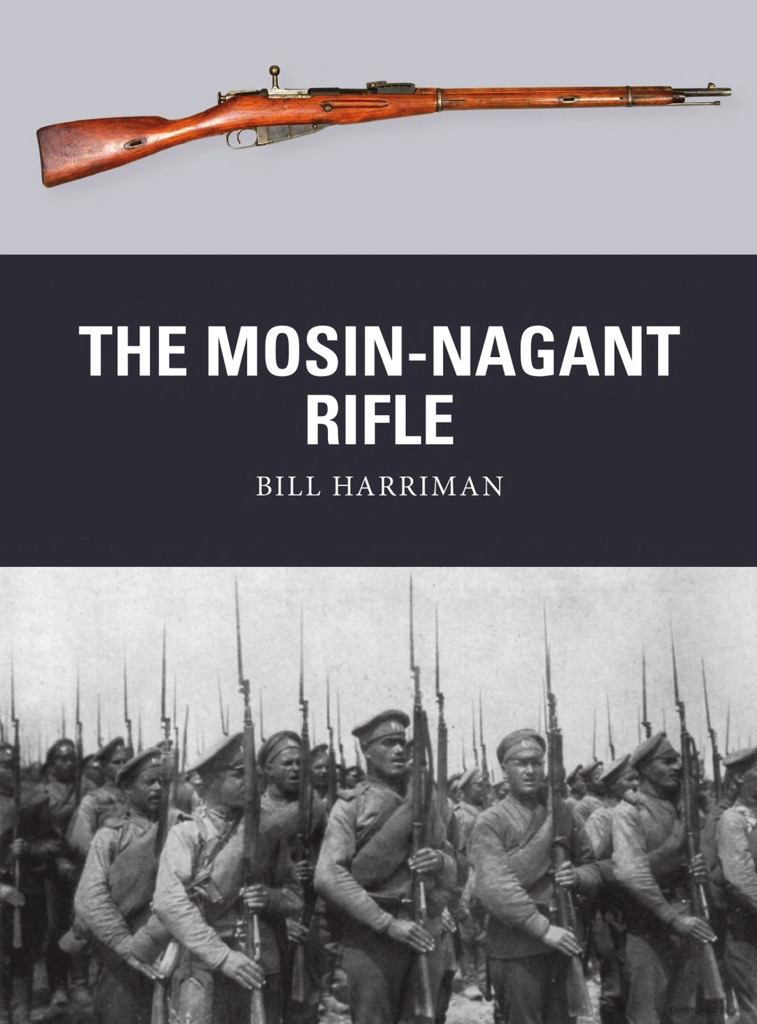 DISCONTINUED This product has been discontinued
and is no longer available.List price: $20.00
You pay: $14.49
(All prices in U.S. Dollars)

Manufacturer: Osprey Books
Stock Number: OSP WPN50
View all products of type "Arms and Equipment"
The Mosin-Nagant is the world's longest-surviving and most widely distributed military rifle, having armed the forces of Russia and many other countries for more than five decades. It has seen action from World War I to the present day, but is most famous for its role during World War II when it proved to be an excellent sniping weapon in the hands of marksmen such as Vasily Zaitsev and Simo Hayha. This study covers the rifle's entire combat history, from its early development through to its service in combat and the impact it has had on modern firearms.

Dramatic battle reports and specially commissioned artwork complement the meticulously researched examination of the Mosin-Nagant provided by author Bill Harriman as he delves into the history of one of the most iconic rifles of World War II.