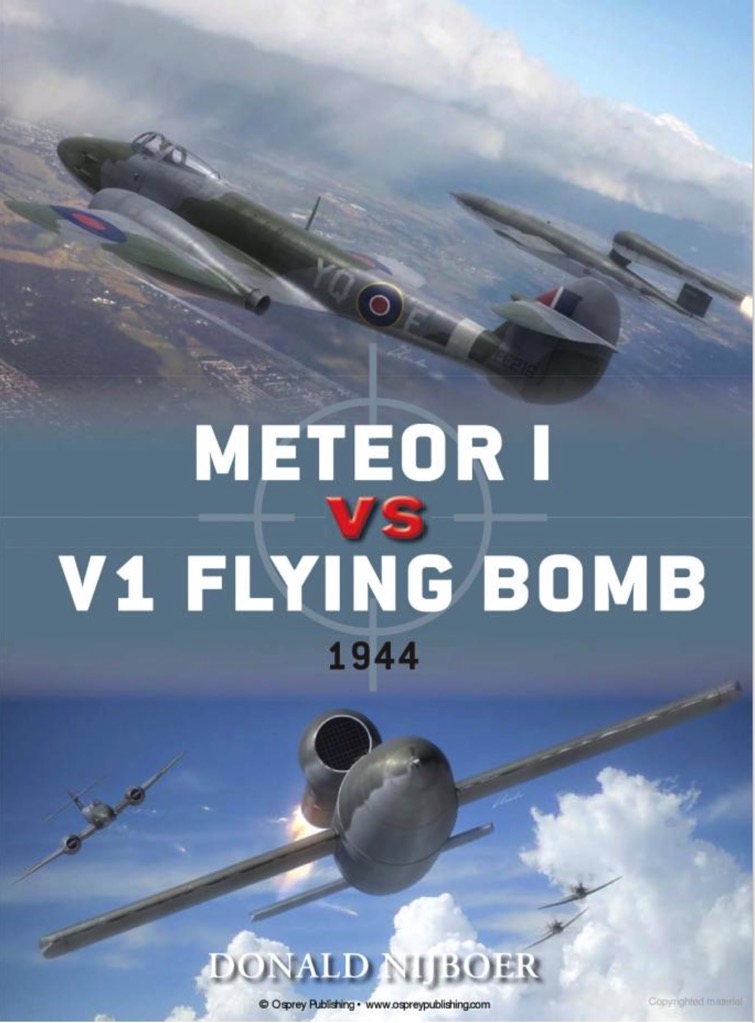 Manufacturer: Osprey Books
Stock Number: OSP DUE45
View all products of type "V-1"
View all products of type "Gloster Meteor"
A total of 10,500 missiles were launched as part of the V1 attack, of which 3,957 were destroyed by the defences. Indeed, it could have been much worse, for by the end of the war the Germans had manufactured close to 32,000 flying bombs. The defences put forward to guard against the V1 were formidable - 23,000 men and women with their guns, radar and communications networks were installed on coastal sites. Squadrons of Britain's newest Spitfires, the F XIVs, and Hawker Tempest Vs were kept at home to battle the new menace. Rushed into action in July 1944 to help counter the V1 threat, Britain's Gloster Meteor I was the first jet fighter to enter RAF service. On 4 August the Meteor scored its first V1 victory. Having just closed in on a flying bomb, its officer squeezed the trigger but his guns jammed. Using the Meteor's superior speed, he was able to overtake the missile and, using his wing tip, he tipped the craft over and sent it crashing into the ground. The interceptions between the V1 and Britain's Gloster Meteor were historic, and ushered in a new era of aerial combat.