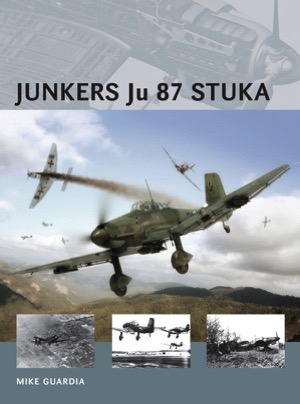 About this book
In the opening days of the Blitzkrieg campaign, few aircraft could invoke as much terror as the Junkers Ju 87. Nicknamed the "Stuka" (an abbreviation of Sturzkampfflugzeug - the German term for "dive-bomber"), the Ju 87 was perhaps the most feared tactical bomber of the ETO. With its fixed landing gear and inverted gull wings, the Stuka was the most recognizable aircraft of the Blitzkrieg era. With profile plates, close-up photographs and battlescene artwork, this book reveals the design and development history of the aircraft and how the inclusion of its dive-activated siren changed it from a reliable and sturdy dive bomber into a psychological weapon, spreading panic in ground units. Mike Guardia goes on to explain how the Stuka became easy prey for Allied aircraft and how its influence waned in the final years of the war.