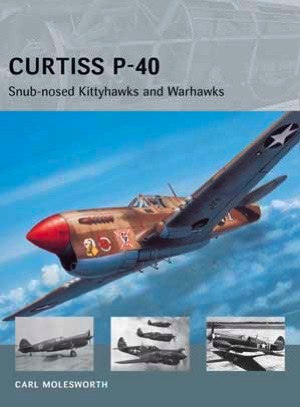 About this book
An improved version of the Allison V-1710 engine gave rise to the Curtiss H-87, which began life in 1941 as the P-40D and featured a completely redesigned fuselage. The shorter and deeper nose of the new fighter gave it a decidedly snub-nosed appearance compared to the earlier P-40 models. Curtiss continued to tweak the H-87 for the next two years in the search for better performance, but the last major version, the P-40N, was only marginally faster than the first. In the process, Curtiss even tried an engine change to the Packard Merlin in the P-40F and L but to no avail. What the late model P-40s lacked in speed and service ceiling, they traded for maneuverability, durability and availability. Their niche became fighter-bomber operations, and they fought on fronts as varied as the arctic wastes of the Aleutian Islands and Iceland, the steaming jungles of the South Pacific and the barren deserts of North Africa. P-40s were a common sight in the skies over Burma and China, Sicily and Italy, and western Russia as well. By the time production ceased in 1944, Curtiss had produced nearly 14,000 P-40s.