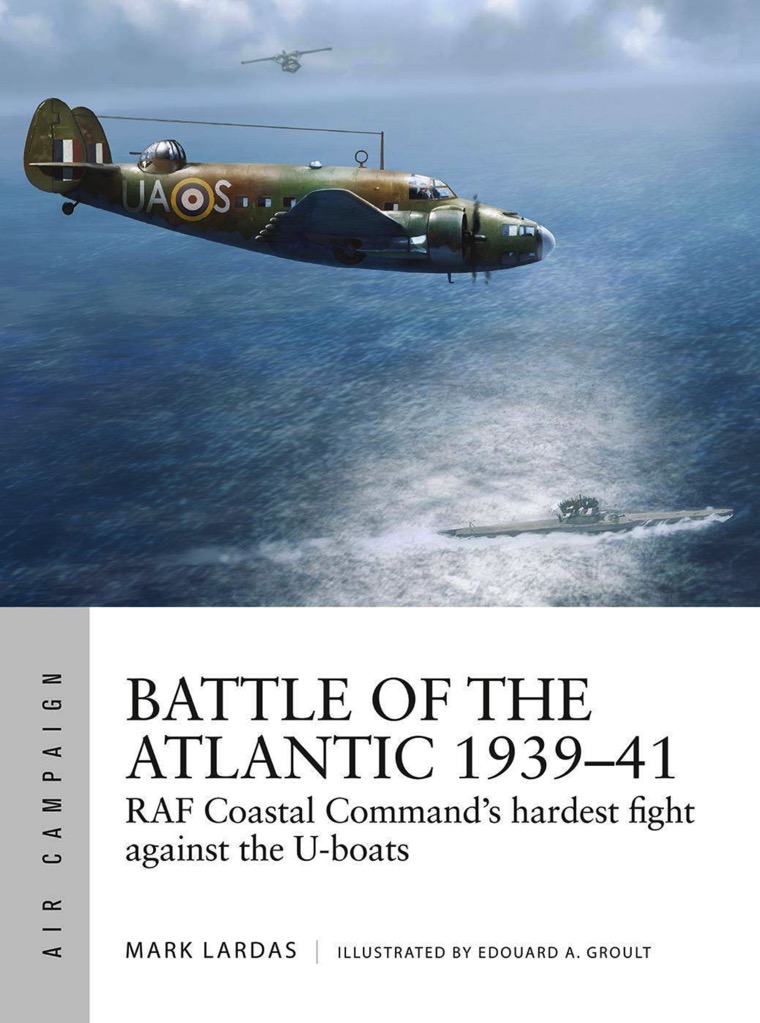 Manufacturer: Osprey Books
Stock Number: OSP ACM15
View all products of type "Naval Warfare"
View all products of type "Campaigns"
At the start of World War II, few thought the U-boat would be as devastating as it proved to be. But convoys and sonar-equipped escorts proved inadequate to defend the Allies' merchantmen, and the RAF's only offensive weapon was the anti-submarine warfare (ASW) aircraft. For RAF Coastal Command, the first two years of the war were the hardest. Although starved of resources, operating with outdated aircraft and often useless weaponry, they were still the only force that could take the fight to the U-boats.

But in these two years, the RAF learned what it needed to win the Battle of the Atlantic. Gradually developing new tactics and technology, such as airborne radar, signals intelligence, and effective weaponry, the Allies ended 1941 in a position to defeat Donitz's growing fleet of U-boats. This book, the first of two volumes, explains the fascinating history of how the RAF kept the convoys alive against the odds, and developed the force that would prevail in the climactic battles of 1942 and 1943.