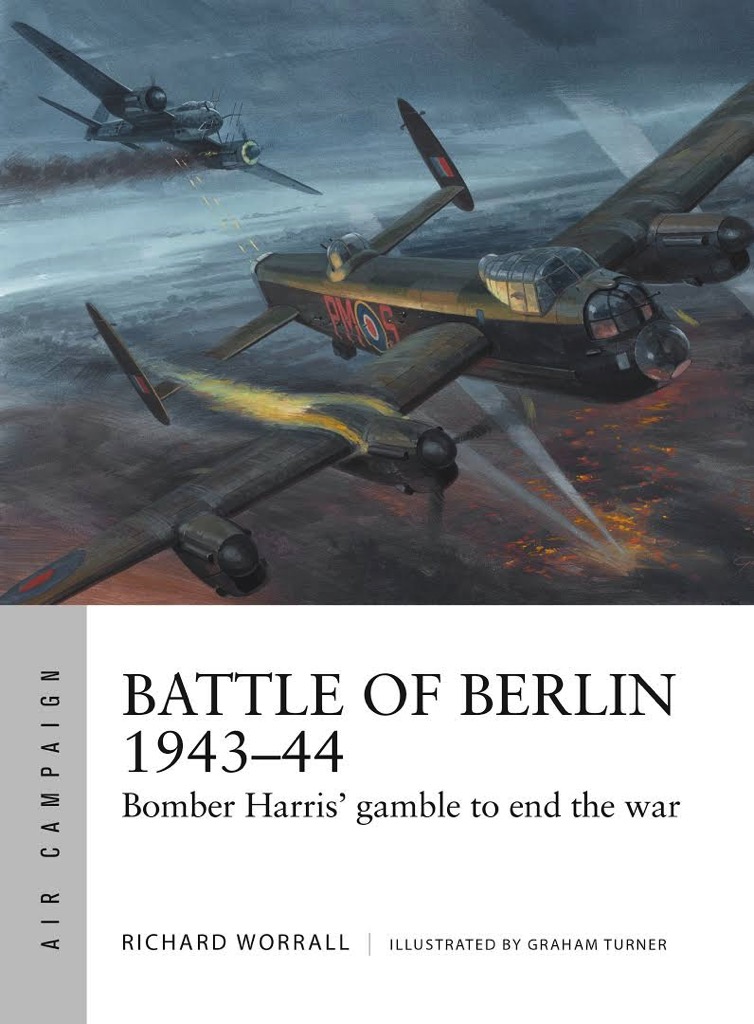 Manufacturer: Osprey Books
Stock Number: OSP ACM11
View all products of type "Air Warfare"
View all products of type "Battles"
Throughout late-1943 into early-1944, an epic struggle raged over the skies of Germany between RAF Bomber Command and the Luftwaffe. This campaign had been undertaken by the Commander-in-Chief Bomber Command, Air Chief Marshal Sir Arthur Harris, and was baptized 'The Battle of Berlin'.

The Berlin campaign was a hard, desperate slog. Struggling against dreadful and bitter winter weather, Bomber Command 'went' to Berlin a total of sixteen times, suffering increasingly severe losses throughout the winter of 1943/44 in the face of a revitalized German air-defence. The campaign remains controversial and the jury, even today, is ultimately undecided as to what it realistically achieved. Illustrated throughout with full-colour artwork depicting the enormous scale of the campaign, this is the story of the RAF's much debated attempt to win the war through bombing alone.