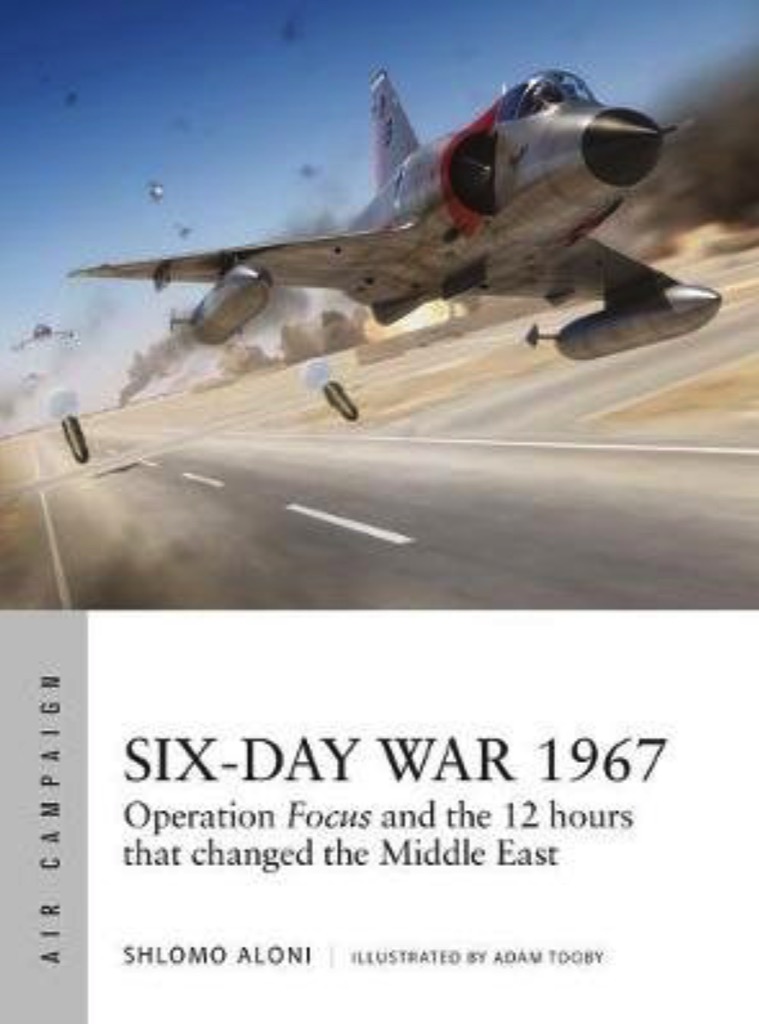 In 1967, the Israeli Air Force was outnumbered more than two to one by the jets of hostile Egypt, Syria, Jordan and Iraq. Operation Focus was Israel's ingenious strike plan to overturn the balance. At 0745hrs on June 6, Israeli jets hit Egypt's airfields simultaneously, first bombing runways and then strafing aircraft. Another 20 follow-up missions were already in the air, initially scheduled to hit every five minutes.

This new history of Operation Focus explains how the concept for Focus was devised and meticulously planned, the astonishing rate of serviceability and turnaround speed it required from ground crews, and how the relentless tempo of strikes shattered one air force after another. It is the story of how Israel's victory in the Six-Day War began with a single, shocking day.