B-24 Liberator Units of the Pacific War
100 page book. 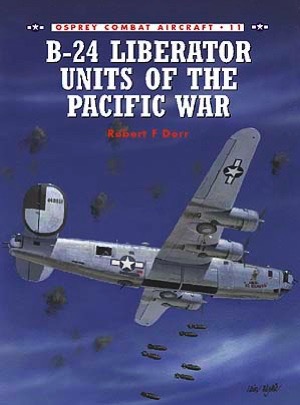 About this book
Ever present in the Pacific from Pearl Harbor to VJ-Day, the B-24 Liberator proved to be the staple heavy bomber of the campaign. From its ignominious beginnings in the Allied rout in the Philippines and the Dutch East Indies, the bomber weathered the Japanese storm with a handful of bomb groups, which played a crucial role in checking the enemy's progress firstly in New Guinea, and then actively participating in the 'island hopping' campaign through the south-west Pacific.