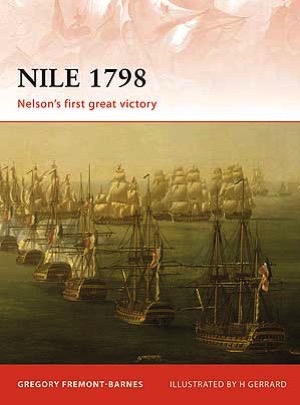 About this book
On the night of 1 August 1798 a British fleet under the command of Rear-Admiral Horatio Nelson met a French fleet under the command of Admiral Francois-Paul Brueys D'Aigalliers. By morning the British had won a near-complete victory: only two of the 13 French ships-of-the-line escaped and the rest were either captured or destroyed. It was the first major independent victory of Nelson's career but more importantly it crippled the French effort in Africa by denying them access to the suplies and support from the sea. This book uses the latest research, new maps and specially commissioned artwork to tell the story of one of the great sea battles of the Napoleonic era.