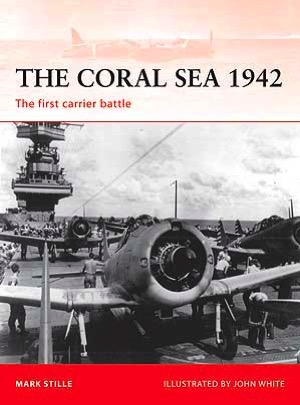 About this book
The Battle of the Coral Sea is unique in the annals of naval history. It is the first battle in which enemy fleets never came within sight of one another. Instead, aircraft launched from carrier decks were sent out to attack the enemy with bombs and torpedoes. In May of 1942, the Japanese fleet moved on Port Moresby, the last Allied base between Australia and Japan. Forced to respond, the Americans sent two aircraft carriers to protect the base. In the ensuing battle, one American carrier was destroyed and the other severely damaged. However, the Japanese also lost a carrier and decided to withdraw. Although bloody, it proved to be an important strategic victory for the Allies as the Japanese were forced to attempt future attacks on Port Moresby over land. Using the latest research and numerous period photographs, retired USN Commander Mark O Stille tells the story of this important and unique battle in the Pacific War.