Other products to consider: (70) 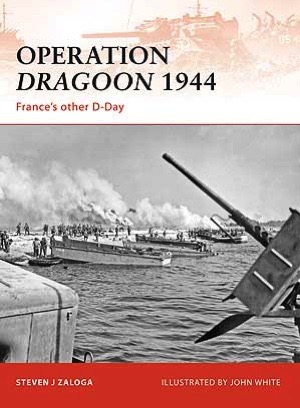 About this book
Operation Dragoon, the Allied landings in southern France on August 15, 1944, was one of the most controversial operations of 1944, leading to a deep divide between United States and British planners. The US objective was to threaten the rear of the German armies occupying France by a landing on the eastern French coast and to push rapidly northward towards Lorraine to meet up with Allied forces bursting out of Normandy.

Popular Osprey author Steve Zaloga tells the story of this ultimately successful operation, from the derisive debates between the Allied commanders to the men who hit the beaches and charged ashore to help liberate occupied France.