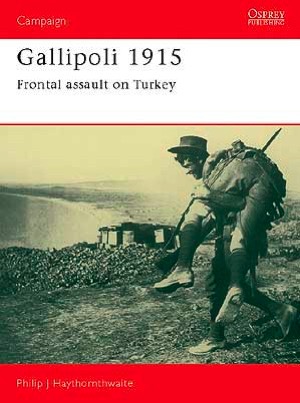 Manufacturer: Osprey Books
Stock Number: OSP CAM8
View all products of type "Clash of Armies"
View all products of type "Battles"
Author: Philip Haythornthwaite
About this book
The Gallipoli expedition of 1915, the brainchild of Winston Churchill, was designed to knock the Turkish Empire out of the First World War and open a supply route to Russia. The campaign is characterised by the military incompetence of the higher commands, particularly the Allies. However, in spite of this, Gallipoli deserves to be, and is, also remembered for the heroism and resourcefulness of both the British army and the men of the Australian and New Zealand Army Corps. This book details the battles, hardships and eventual evacuation that these men had to go through, in this comprehensive guide to the Gallipoli landings.