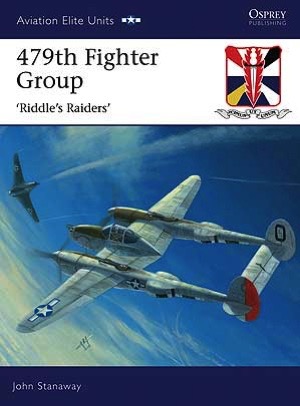 About this book
Formed in October 1943, the 479th FG claimed an impressive history against the Luftwaffe during the final year of the war. Originally flying P-38s, the 479th's pilots had a fierce pride of arms. They earned a Presidential Distinguished Unit Citation in the late summer of 1944 and were also credited with the USAAF's first German jet kill in July 1944. Eventually transitioning to the P-51D in September 1944, the 479th excelled with the Mustang. The 479th FG was credited with scoring the last aerial victory claimed by the Eighth Air Force's VIII Fighter Command, on 25 April 1945. By VE-Day, 29 pilots flying in the group had earned "ace" status.